Three U.S. military veterans, including an AWOL 82nd Airborne Division soldier, were reportedly detained on June 21 while attempting to … Continued 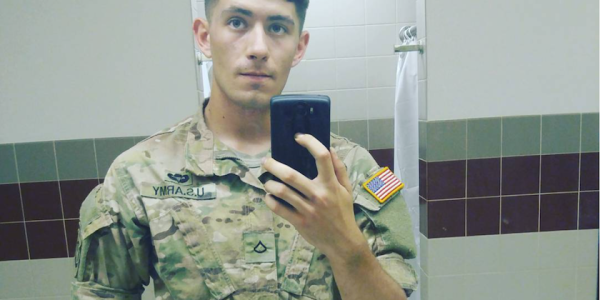 Three U.S. military veterans, including an AWOL 82nd Airborne Division soldier, were reportedly detained on June 21 while attempting to cross the border into war-torn South Sudan from neighboring Kenya, according to U.S. Army W.T.F.! Moments.

The detention of Zwiefelhofer, Lang, and Wright-Martinovich appears to be the first news of American “foreign fighters” attempting to enter South Sudan.

It is unclear what the veterans were doing in the region, but posts on Zwiefelhofer’s Facebook and Instagram accounts suggest that he had been serving as a volunteer soldier or mercenary in Ukraine as recently as last month. U.S. Army W.T.F.! Moments reports that both he and Lang had served with the same militia in eastern Ukraine.

The duo are not the only Americans volunteers known to have fought with militias in Ukraine. In 2014, Mark Gregory Paslawsky, a 55-year-old investment banker from New York, was killed in combat there.

“[Zweifelhofer] is in Kenyan custody at this time,” Lt. Col. Joe Buccino, an 82nd Airborne Spokesman, said in a statement to Task & Purpose. “We (the 82nd Airborne Division) not know his intent or motivation. Authorities are working to get him back to the U.S. We do not know how long this will take.”

Buccino told Army Times the 82nd Airborne is working with U.S. authorities in the area and “trying to coordinate [Zweifelhofer’s] movement to military control,” so the soldier can be brought back to the States to face military justice. Zwiefelhofer joined the Army in 2015 and went AWOL in October of last year, according to Army Times.

Little is known about Wright-Martinovich, except that he graduated from Marine boot camp in December 2012, according to U.S. Army W.T.F.! Moments. Lang, on the other hand, has surfaced in the news before: A Vice article published in June of last year described him as a veteran of the wars in Iraq and Afghanistan who was once arrested for attempting to murder his wife after she sent him videos of her sleeping with other men.

An unnamed State Department official told U.S. Army W.T.F.! Moments that the three Americans are being held by the Kenyan national police while the State Department and FBI investigate. Meanwhile, a department official provided Army Times with a vague statement: “Whenever a U.S. citizen is detained or otherwise in need of assistance overseas, the department works to provide all appropriate consular assistance. Due to privacy considerations, we have no further comment.”

The Republic of South Sudan, as it’s formally known, gained independence from Sudan in 2011 and has been embroiled in a brutal civil war since 2013. Both government and rebel forces have been accused of serious abuses against civilians, according to Human Rights Watch.

The situation in South Sudan has been made worse by the onset of famine earlier this year. And while the famine has subsided, almost two million people in the country are currently on the brink of starvation, according to Al Jazeera.

American veterans have surfaced as volunteer fighters and mercenaries in multiple conflict zones around the world in recent years. A report published by London-based Institute for Strategic Dialogue in August 2016 estimated that more than 100 Americans — many of them military veterans — had joined militia groups in Iraq and Syria to fight ISIS.

Some of the Americans who volunteered to fight ISIS in Iraq and Syria, many of whom were recruited via social media through the same unofficial channels, subsequently traveled to Ukraine to participate in the war raging in the eastern part of the country.