3 US Troops Shot And Wounded In Afghanistan ‘Insider Attack’

Three American service members were wounded Sunday when an Afghan soldier opened fire on them at a base in the... 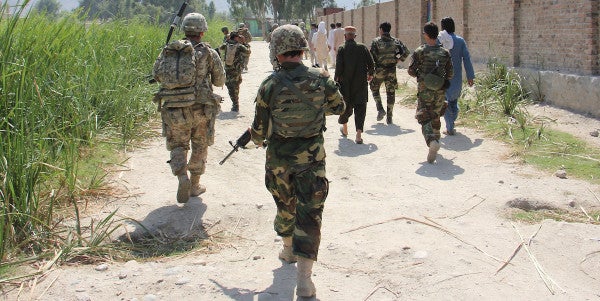 Three American service members were wounded Sunday when an Afghan soldier opened fire on them at a base in the country’s southern Helmand province, U.S. officials said.

Capt. William Salvin, a U.S. military spokesman in Afghanistan, said security forces on the base killed the attacker.

The attack happened around 1:30 p.m. local time at Camp Antonik in Washer District in Helmand.

It wasn’t immediately clear if the shooting involved a Taliban sympathizer, a personal dispute, a cultural misunderstanding or something else.

Since 2008, there have been 94 “insider” attacks in Afghanistan, with at least 150 foreign soldiers killed and 187 wounded, according to the Long War Journal blog.

The Afghan government in Kabul has come under growing pressure from the Taliban and other armed insurgents despite 16 years of war.

The Pentagon has 8,400 troops deployed in Afghanistan to train and advise Afghan forces; most rarely participate in direct combat.