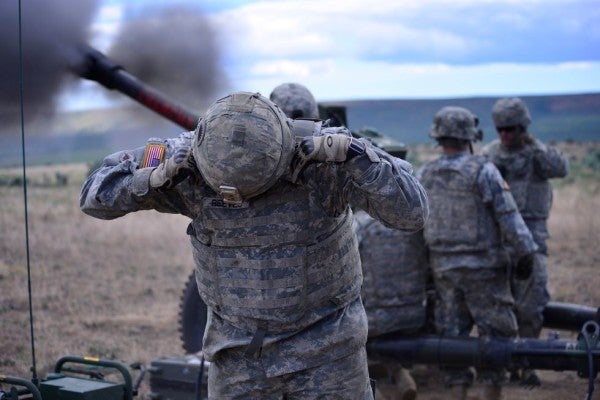 New earplug lawsuits against the Maplewood-based 3M have been landing almost daily. Army, National Guard and Navy veterans from Minnesota to California and Texas are demanding jury trials and compensation.

3M denied the allegations and said it will defend itself in court. It said in court documents that 3M and the Aearo Technologies entity it acquired in 2008 designed its “dual-ended Combat Arms earplugs” with the help of the U.S. military and according to its specifications. Therefore, 3M cannot be liable, the company said.

“3M has great respect for the brave men and women who protect us around the world, and their safety is our priority,” 3M said in a statement Friday.

The company reiterated that it worked with the U.S. military to develop the “Dual Ended Combat Arms Earplugs Version 2” product, and its design reflected the direction and feedback of individuals acting on the military's behalf.

“We deny this product was defectively designed and caused injuries, and we will vigorously defend ourselves against such allegations,” the 3M statement said.

However, many of the lawsuits point to internal Aearo documents, alleging the company knew the earplugs could slip and might not have been long enough to fully protect military members' from loud noises.

The earplugs were designed to give soldiers options, depending on whether they inserted the green end of the earplug or yellow end. One option was supposed to block out all noises. Inserting the other end, however, was supposed to let soldiers hear critical voice commands while still blocking damaging noises such as explosions. Veterans say that didn't happen.

The initial lawsuit against 3M came six months after the company, in December 2018, agreed to pay military branches $9.1 million to settle government allegations that it supplied defective earplugs. The company did not admit guilt in the settlement.

In the past year, more than 150 lawsuits were filed in U.S. District Court in Minneapolis. Many of the cases, including those from Minneapolis, are being consolidated in the Northern District Court of Florida as a “multidistrict litigation,” or MDL. Under the MDL process, the judge will hear one “bellwether” case that then could determine how most others would proceed.

As of Jan. 21, more than 1,000 cases transferred to the MDL court in Florida, according to federal court records filed Tuesday.

Hundreds of cities, states and individuals are suing 3M for allegedly contaminating rivers, drinking water, groundwater and soil with a class of chemicals known as PFAS. 3M is embroiled in more than 187 PFAS lawsuits.

PFAS chemicals, certain types of which 3M has made since the 1950s, have recently been found in 1,361 sites and rivers nationwide, according to the advocacy group The Environmental Working Group.

3M settled with the state of Minnesota almost two years ago, agreeing to pay a historic $850 million to help with water filtration and pollution clean up. In April 3M agreed to pay $35 million to settle a PFAS contamination lawsuit by Alabama water authorities.

3M said it will defend itself against the new flood of PFAS lawsuits but added that it has continued to work with municipalities near its factories and dumpsites that were affected by PFAS leaks.

3M ceased producing two key types of PFAS chemicals PFOA and PFOS in 2002 but continues to make “shorter-chain” versions of the compounds.