North Korea’s most recent intercontinental ballistic missile (ICBM) test has once again captivated the international community. Much less attention has... 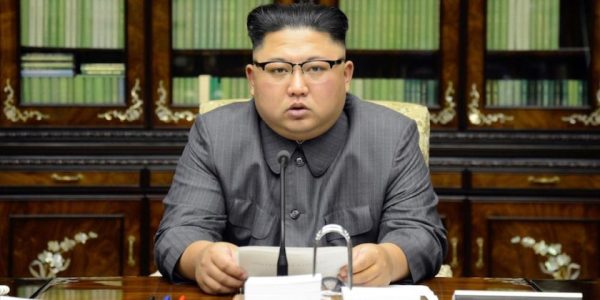 North Korea’s most recent intercontinental ballistic missile (ICBM) test has once again captivated the international community. Much less attention has been paid to how South Korea is responding to its neighbor’s military advances. Firstly, South Korea is acquiring the capabilities to conduct preemptive strikes against North Korea’s nuclear and missile sites under the guise of its “Kill Chain” strategy. Relatedly, Seoul is seeking the capabilities and simulating decapitation strikes against North Korea’s leadership—that is, South Korea wants the ability to assassinate Kim Jong-un and his inner circle.

Both capabilities pose enormous challenges that are not being acknowledged. For both scenarios, Seoul is failing to ask the simple question of whether the United States would back its actions. Washington itself does not appear to be contemplating this essential question, even though it would be directly implicated by South Korea’s policies.

With regard to the decapitation strikes, the most important question not being asked is—what comes next? Although South Korea depicts its threats of decapitation strikes as a way to deter Kim Jong-un from launching an attack, the North Korean threat would not simply go away if Seoul had to execute this strategy. There are myriad different potential outcomes likely to result from a successful decapitation strike. It is worth considering the consequences of some of these.

As one of the most closed societies in the world, there is much that we do not know about North Korea. This absolutely includes its military command structure, as well as the loyalties of its senior leadership. Thus, while it is impossible to know for sure, it seems likely that the military would still feel compelled to fight for the Democratic People’s Republic of Korea even if Kim Jong-un were killed.

After all, the military elite benefits from the current political system and, given the heavy indoctrination since birth, may very well be loyal to the Kim family even if Kim Jong-un is dead. Moreover, if the country were under attack and the senior political leadership were taken out, it is reasonable to assume that a conservative military establishment would simply execute the existing war plans.

This would almost certainly include shelling Seoul and its nearly ten million inhabitants with the tens of thousand artillery pieces that are stationed just north of the demilitarized zone. It would also mean trying to attack U.S. military bases in the region with North Korea’s growing arsenal of missiles. Some of these rockets could be armed with chemical or biological weapons. And, of course, North Korea’s military could respond with nuclear attacks on South Korea and/or the United States, especially if the country were invaded following its initial retaliation for the decapitation strikes.

Kim Jong-un is believed to rule North Korea with an iron fist. If he were suddenly dead, along with his inner circle, it would be difficult to know who was in charge of the country. Rather than the military turning its guns on the external enemy, there could be a jockeying for power among different factions in the military and the remaining civilian leadership.

While this outcome would be preferable to a general war with South Korea, it would hardly be a walk in the park. A civil war would send refugees flooding into China, and Beijing’s response to this would be uncertain. A Chinese invasion to restore order couldn’t be ruled out, and this would greatly undermine Seoul’s ultimate goal of reunifying the peninsula under its leadership. Some chaos could also cross into South Korea.

The greatest concern for South Korea, China, the United States and the world, of course, would be the possession of North Korea’s nuclear, biological and chemical weapons. There would be extreme pressure for these parties to intervene in order to secure the weapons of mass destruction, and this could produce the general war scenario outlined above.

A related outcome is that, without the Kim family’s leadership, the North Korean state could simply collapse into chaos. This would result in many of the same issues that would occur in the event of a civil war. For instance, in order to control the chaos and secure North Korea’s weapons of mass destruction, both China on the one hand, and South Korea and the United States on the other, might invade the country.

The greatest danger here is not that these outside forces would fight the remnants of North Korea’s military, though that certainly could happen. Instead, the biggest risk is that Chinese and U.S./South Korean forces would eventually meet up somewhere in North Korea. Amid the chaos of a failed state, this could quickly turn into a shooting war between two nuclear-armed countries.

That is not the only danger, however. Even if China, the United States and South Korea could coordinate their actions to avoid conflict—and reports this weeksuggest there are quiet talks taking place between Beijing and Washington about how to do that—it is still possible that they would have a violent insurgency on their hands. After all, Koreans are nationalistic and have a long history of Chinese imperialism. Moreover, North Koreans have been fed a steady diet of vehement anti-Americanism under the Democratic People’s Republic of Korea for the last seventy years. America’s recent experiences in Iraq and Afghanistan suggest it is ill equipped to handle insurgencies, and there is no reason to think China or South Korea would be any better at quashing the rebellion.

The best-case scenario is that the elimination of Kim Jong-un and his top leadership would lead to a relatively smooth reunification of the Korean Peninsula. This outcome, while strongly preferable to the others, would not be without its own complications. Estimates of the cost of reunification run anywhere from $1 trillion to $5 trillion.

The actual figure could fall on the higher end of this spectrum. The most similar recent precedent for this was the reunification of Germany following the collapse of the Warsaw Pact. This required a transfer of wealth of around $2 trillion from West Germany to East Germany. And, in 1989, East Germany’s population was a quarter the size of West Germany’s, and the citizens in the East had a per capita income that was one-third of their West German counterparts’. By contrast, as Peter M. Beck has noted in theWall Street Journal:

“North Korea’s per capita income is less than 5% of the South’s. Each year the dollar value of South Korea’s GDP expansion equals the entire North Korean economy. The North's population is half the South's and rising thanks to a high birth rate. North and South also barely trade with each other. To catch up to the South, North Korea will need more resources than East Germany required if living standards on both sides of the peninsula are to be close to each other.”

It is possible that the costs of reunifying Korea would not be as burdensome as some people fear. To begin with, Korea doesn’t offer its citizens the same extensive safety nets that Germany does, which should lower the costs. Furthermore, South Korea could finance the costs of reunifying through foreign direct investment, especially given North Korea’s rumored vast mineral wealth. And, as Sue Mi Terry has pointed out, reunification would provide South Korea with a younger population of able-bodied workers. Nonetheless, on balance, reunification is going to extremely costly, at least in the short term.

In sum, while the desire to conduct decapitation strikes is understandable, the question everyone needs to be asking is: what comes next?