4 Suspects, Including An Airman, Have Been Arrested In Illegal Liquor Operation

Four suspects, including an active service member of the Air Force, have been charged with offenses discovered during a Fayetteville... 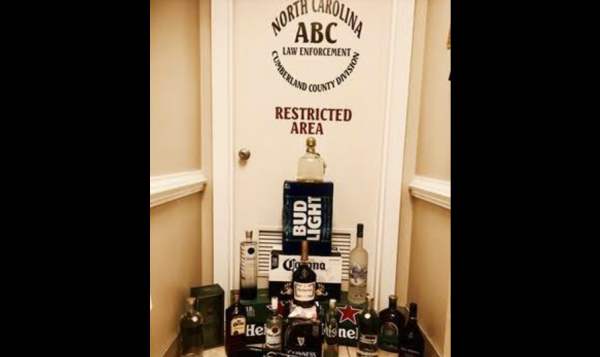 Four suspects, including an active service member of the Air Force, have been charged with offenses discovered during a Fayetteville Police Department investigation of an illegal liquor operation at a home.

During the probe, police officers and law enforcement agents with the Cumberland County Alcoholic Beverage Control located a fully operational bar in a home on the 1200 block of Bromley Drive in the Summerhill East subdivision with pool tables and a dance area, a news release said Saturday. Authorities seized liquor, beer, narcotics and drug paraphernalia. Officials also seized currency and credit card processing equipment that was associated with the operation.

Officers seized weapons from Airman Darren Donovan, the operator, along with armed security at the residence, according to Fayetteville police.

No addresses were given for the suspects.

Earlier this month, the Police Department began investigating complaints of an illegal liquor operation that was reported to be at the home.