These 5 Animals Can Be Hunted In North America, But They Are Not For The Faint Of Heart

The hunt. It’s beautiful, a return to our pre-supermarket roots. It requires us to don camouflage and set off into... 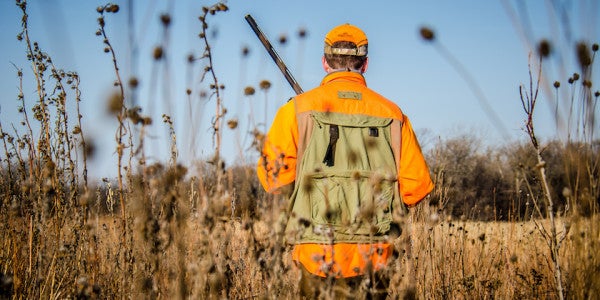 The hunt. It’s beautiful, a return to our pre-supermarket roots. It requires us to don camouflage and set off into the farther places in search of worthy quarry. Some hunters look for meat to put in their freezer, while others pursue the peaceful solitude that simply cannot be found within the confines of the city. And then there are those who seek a challenge.

For them, a deer or a turkey is simply a warm up. What they desire are the animals that live in more dangerous environments or are more dangerous to track — that level the playing field between hunter and hunted.

Challenge seekers want to sweat, to feel their quads burn in as they climb in elevation. They want stinging, freezing air to burn their lungs in labored breaths. They want to know that if they don’t do this right, they themselves might actually become the prey.

That description may conjure images of African safaris or Amazonian treks, with danger at every turn. But there are challenging hunts to be found right here in North America. Because the licenses for these animals are often done by lottery and are hard to obtain, here is a narrowed down list of the five toughest animals in North America to pursue. Any of these animals will provide a challenge above and beyond the norm in one way or another. You won’t be disappointed.

These majestic creatures are not necessarily dangerous to hunters; the challenge lies in actually pursuing them. An elk hunt will take you through some of the most difficult terrain you can traverse, oftentimes in weather that will only compound the terrain difficulties. Even if you succeed, that’s a big damn animal to pack back out! Many hunters train for months to prepare for an elk hunt, but you’ll be glad you did the first time you hear the distinct mating call as you traverse distant ridgelines with a big bore rifle on your shoulder.

Moose are big, easily pissed off, and half blind. That’s a dangerous combination for the mere human who stalks a little too close in the heat of the hunt. Unfortunately, because you often have to go into deep woods to find them, you run a real risk of finding yourself in close quarters with them. More than a few hunters have been charged while unloading on center mass as fast as they could after creeping to close. As with elk, their size is formidable and their location often austere, so you are in for a long exfil movement if you are successful.

Photo by Magnus Kjaergaard – Own work, CC BY 3.0, Link

As the saying goes, there is no such thing as an easy sheep hunt. This beautiful animal can be found in alpine elevations, which come with the kind of altitude that will make you sick and punish you for even attempting a hunt. Many of the places that you’ll find a worthy ram require you to hike for days through bush that hasn’t seen more than a handful of humans over the past decade. It’s beautiful country to hunt in, that’s for certain, but it will punish the unprepared. It’s not just a hard hike either, the sheer cliffs you will have to ascend are dizzying and not for the faint of heart (or anyone with an aversion to falling hundreds of feet into the nearest valley).

Ah, the cougar — and we aren’t talking Stifler’s mom here. With an average range of approximately 100 square miles per mountain lion, they are extremely difficult to find. If you happen to find one, chances are it will put up a fight if it feels threatened. A mountain lion is a predator first, and primarily hunts deer and small game; it is not averse to violence. Its blinding speed, which can reach 50 mph, will barely give you a chance to accurately engage if it does come after you. Its proclivity for going straight for the neck is unsettling, to say the least, especially if it’s coming on the heels of a leap that can stretch up to 40 feet.

Grizzlies might be the most obvious challenge the list. Grizzlies, or brown bears as they are known in some parts, can grow to more than 600 pounds and six feet tall. They are a dangerous and very capable of violence — especially if you get between a mother and her cub. You’ll break some pretty rough bush to get to them in the first place, only adding to the challenge. If you’re after grizz, you’ll want to pack a rifle chambered in at least .308, though many bear hunters opt for the .338, or a .300 Winchester Magnum. These animals deserve the larger round, as you’ll want to be sure they are down for good before you approach them.

If you are looking to put yourself out there and leave your comfort zone in the rearview mirror, than a challenging hunt might be just the medicine. Hunting these animals will give you a respect for nature and wildlife that many will not understand, while at the same time giving you a sense of accomplishment that’s hard to match. Of course make sure to be safe, use common sense risk management, and follow all applicable laws and licensing procedures.

May the sun be on your back and the wind in your face.