5 Ridiculous Ideas On Who Could Next Run The VA 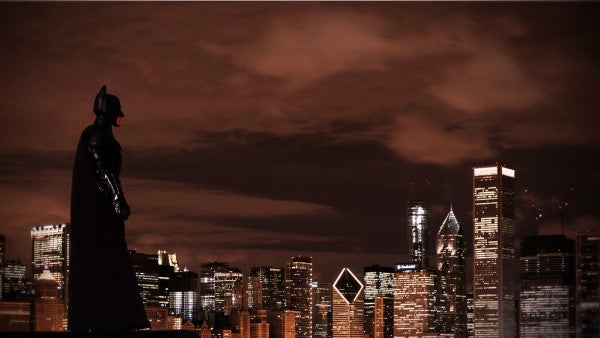 Editor’s note: Following Brian Adam Jones’ list of 12 people who could replace Secretary Shinseki, Task & Purpose contributor Jason Mack decided to dive deeper into the candidate pool and offer up some names that might not yet be on the White House's radar.

With the totally shocking and unexpected resignation of Eric Shinseki, the blogosphere (actual word) is alight with everyone's brilliant and creative picks for secretary of the VA. Basically, there are a lot of uneducated bloggers spewing out their ideas, including me.

Noticeably absent from the lists I've seen are actual hospital administrators, government reformers, or people who have run large organizations successfully. I mean, what's the point of making the VA a civilian agency if we’re going to keep choosing military leadership to run it?

Gen. James “Mad Dog” Mattis? Yeah, I'm sure he'll swear and motivate the VA into fighting shape. Tammy Duckworth? I guess, if you want to pick your VA secretary based on who has the most YouTube hits. Robert Gates? How many times does that guy have to leave the government before you figure out that he's not that into you?

And call me crazy, but I don't think we should be picking another infantry general to administer the biggest hospital system in the world. No matter how good of a leader he is, his entire skill set is still geared towards killing people. It's time the VA got away from that.

Here are my picks:

The other day, John McCain came out of his coffin to give his pick for VA secretary — Tom Coburn, the Republican senator from Oklahoma, which is a small, dusty state somewhere in the middle of the country. When McCain speaks on such matters, I think it's a good idea to listen to him because he is immortal. Coburn is a physician, and, according to Count McCain, “the greatest reformer in the United States Senate.” Those are all words that veterans love to hear. “Physician.” “Reformer.” “The.”

You may remember Hugh Laurie as the actor who played Dr. Gregory House on the hit Fox television show “House.” House was a diagnostic genius who was always at odds with the red tape and inane procedures of the hospital bureaucracy. I have often daydreamed in VA waiting rooms of having a doctor like House rather than another tool of the medical establishment asking me if I have been bitten by any ticks recently. It’s not Lyme disease. It’s never Lyme disease.

Yes, Mr. Laurie is British. Yes, he has zero government experience. Yes, I am arguing that the VA would be better off being run by someone who “played a doctor on TV.” This country has been screwing over its vets for like 400 years or something, the least it could do is entertain us.

After dissecting Coach Bill Walsh’s incredibly complex playbooks for years, former 49ers and Chiefs great Joe Montana will have no problem quickly diagnosing the problems at the VA and picking apart regulatory defenses with his precision throws and great looks. And while you might argue that Tom Brady or Dan Marino were actually better quarterbacks, 1) you are wrong, 2) Brady is busy still playing, and 3) Dan Marino never won any Super Bowls. It's my list, and Joe Montana's gonna be on it.

Batman (as portrayed by Christian Bale)

Now, I know what you’re going to say: “Batman is a vigilante.” “Batman only works at night.” “Batman doesn’t exist.” It’s that kind of inside-the-box thinking that got us into this mess. While he doesn’t have military experience, he did receive overseas training as a ninja. And he has one, very important rule: no killing. That’s what the VA needs right now. He’s the secretary that the VA deserves. Or he's the one it needs. Something like that.

Fish is a low fat, high quality protein. Packed with vitamins like D (which is one of the best) and minerals (all of them, I'm pretty sure), it can lower your blood pressure, reduce your risk of diabetes, and do other cool stuff. That's why I think fish is a great choice to be the next VA Secretary.