The 82nd Airborne Division is getting a new commander 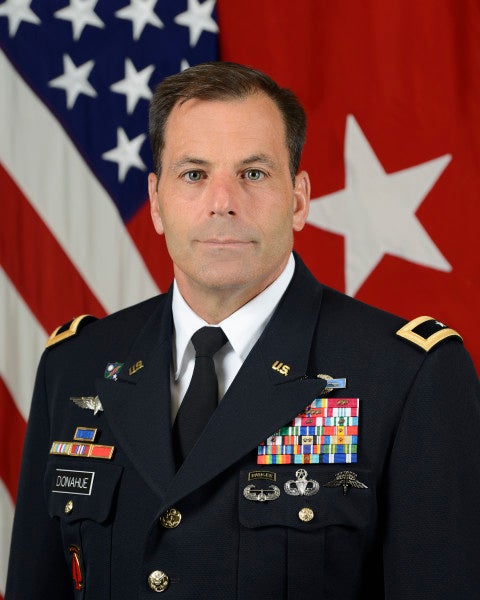 With more than 18,000 paratroopers assigned to the airborne infantry division, it is one of Fort Bragg's largest units that is the command for three brigade combat teams, a sustainment brigade and a combat aviation brigade.

The 82nd Airborne Division specializes in joint forcible entry operations with a mission to deploy worldwide within 18 hours of notification.

The Department of Defense has not announced the next assignment for the 82nd Airborne Division's current commander, Maj. Gen. James Mingus, who has led the division since August 2018 and has served in the Army for more than 35 years.

The date of the command change also has not been announced.

Donahue, who commissioned into the Army from the United States Military Academy at West Point in 1992, is no stranger to Fort Bragg.

After attending Harvard University as an Army War College fellow, he returned to Fort Bragg and commanded a brigade within USASOC and has served as director of operations for the U.S. Joint Special Operations Command.

The Department of Defense has not announced replacements for Doyle or O'Donnell.

The Department of Defense announced in March that Brig. Gen. Scott A. Jackson, commander of the 1st Security Force Assistance Brigade at Fort Benning, Georgia, will replace Landes.

Cooley will replace Mag. Gen. Marion Garcia, who is retiring.