About 3,500 soldiers with the 82nd Airborne Division's 1st Brigade Combat Team were sent to Kuwait beginning Jan. 1 as tensions were rising in the region 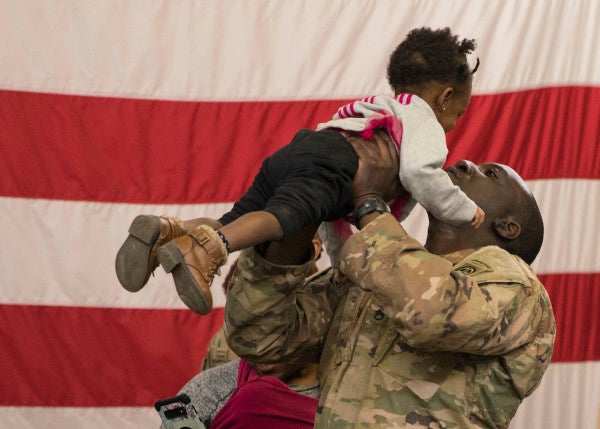 The 800 soldiers who came home Thursday are in the 2nd Battalion, 504th Parachute Infantry Regiment, according to a statement released by the division. Other soldiers are part of the 3rd Squadron, 73rd Cavalry Regiment; the 3rd Battalion, 319th Airborne Field Artillery Regiment; and several other units, the release said.

“We could not be more proud of these paratroopers, and it is an honor to welcome them home,” said Maj. Gen. James Mingus, the 82nd's commander. “These great men and women honored the tradition of paratroopers that came before them by answering their nation's call on a moment's notice.”

The 504th's 2nd Battalion, which is known as the White Devils, served as the immediate response battalion in the Central Command area of responsibility during the deployment, according to the statement. The unit conducted tough realistic warrior tasks and training to stay at the highest state of readiness, it said.

The unit strengthened regional partnerships in the area, according to Lt. Col. Scott McKay, its commander.

“The task force trained on a daily basis throughout the mission to remain ready to respond to any threat,” he said.

The remainder of the 1st Brigade Combat Team is still deployed and providing support to the Central Command commander for any mission deemed necessary, the statement said.

“As the centerpiece of the nation's Immediate Response Force, it's critical that 1st Brigade and the 82nd Airborne Division are able to project global force employment,” said Col. Andrew Saslav, commander of the 1st Brigade Combat Team. “Working across combatant commands not only demonstrates the flexibility and expeditionary capability of our airborne forces but also better prepares our paratroopers for the complexity of the modern global security environment.”