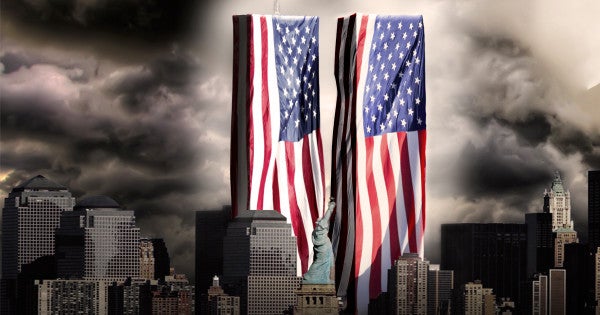 The September 11th National Memorial Trail Alliance, along with others, has shepherded the development of the network of bicycle and pedestrian trails linking the Flight 93 National Memorial near Shanksville in Somerset County to New York City's National September 11 Memorial and Museum and the 9/11 Pentagon Memorial in Arlington, Va. The trail has been in the works almost 18 years.

Both the House and the Senate drafted resolutions currently in committees recognizing the September 11th trail as an “important trail and greenway all individuals should enjoy in honor of the heroes of September 11th.”

Toomey said in a statement Tuesday, in the wake of the Sept. 11, 2001, attacks, “Pennsylvania remembers that had it not been for the sacrifice of those who overtook the terrorists on Flight 93, it could have been much worse. The September 11th National Memorial Trail connects key landmarks in a way that helps our country move forward positively and offers solemn remembrance to hallowed grounds.”

There is no trail funding attached to the resolutions nor inclusion of the trail in the National Parks Service.

The purpose of the congressional resolutions is recognition, which will help developers move more of the trail off-road, according to Thomas Baxter, president of the September 11th National Memorial Trail Alliance, who works out of offices in Pittsburgh and Washington, D.C.

The trail is a patchwork of previously developed trail segments and secondary, less-traveled roads in seven states — West Virginia, Pennsylvania, New Jersey, Delaware, New York, Maryland and Virginia — and the District of Columbia.

“The congressional resolutions tremendously raise the profile of the trail and its national significance,” Baxter said.

“The legislation allows us to approach funding sources and talk about what we can do to reach this goal, which is completion of the trail,” Baxter said.

David Brickley, founder of the September 11th National Memorial Trail Alliance, said the trail is 55% off-road and 45% on-road and is usable as-is. The goal, he said, is to make it an entirely off-road trail.

“We realize it's going to take some time,” he said.

Completion could take decades, according to Kent Taylor, a Pennsylvania Department of Conservation and Natural Resources program specialist.

More than 500 miles of the September 11th National Memorial Trail will wind through Pennsylvania, making it the state's longest recreational trail when completed, Taylor said.