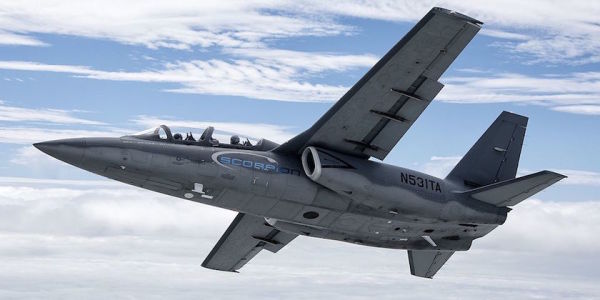 The chief of staff of the Air Force said today that the service will soon ask industry to present options for a new light attack aircraft to support air combat operations.

Gen. David L. Goldfein said the service is using data collected from Combat Dragon II, an operational test conducted down range, to guide the search for a low-cost light attack aircraft designed to operate in an uncontested environment with freedom of maneuver.

“So we have all the operational data from that test and so this is the next iteration, which is OK we got the data – industry what do you got?” Goldfein told an audience at a Feb. 23 Center for Strategic & International Studies event.

“What do you got that’s shovel ready? I’m not interested in something that requires a lot of research and development here. I’m looking for something that I can get at right now commercial, off-the-shelf, low cost that can operate in an uncontested environment and can deliver the capabilities that we need.”

The Air Force announced it was moving forward with the experiment, dubbed OA-X, in January after Arizona Republican Sen. John McCain stressed that, while the service should sustain its A-10 Thunderbolt II fighter fleet for close-air support, “the Air Force should procure 300 low-cost, light-attack fighters that would require minimal work to develop.”

McCain suggested the Air Force could procure “the first 200 of these aircraft by fiscal year 2022.”

Air Force officials maintain that the effort is designed to look at opportunities to provide an inexpensive, attack-type aircraft that can do the close-air support mission in a way that doesn’t require an F-22 or an F-35 over a permissive environment such as Iraq and Afghanistan.

The additional light attack aircraft would not replace the service’s A-10, Air Force officials maintain.

Goldfein said the experiment is also intended to inform the service of all the possibilities that are on the market today.

“I don’t know how many platforms are out there; that’s why we are doing the experiment,” he said.

“It’s not a lot of money to do an experiment, and it’s actually one of the authorities that came to the service chiefs in the new legislation so I am going to exercise that.”