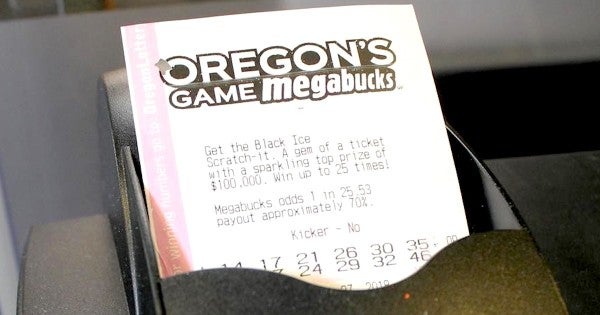 A 94-year-old Air Force veteran from Oregon almost threw away his change to be a millionaire.

William Bowker plays the lottery often, but when his granddaughter checked his latest lottery ticket, she thought it was for the Mega Millions jackpot instead of Megabucks.

He decided to double check the ticket, and it paid off — literally.

“She got done, and later, I thought I should double-check it before throwing it away,” Bowker said in a press release from the Oregon Lottery. “I am glad I did. I immediately thought — BOOM! I won!”

The first thing Bowker did was call a family meeting to discuss the prize and how to use it. He opted to take the $3.25 million bulk sum payment and will keep $2.2 million after taxes. He plans to share the money among family members.

~popular_source-pageview
cash rules everything around me
Entertainment
lottery
mandatory fun