A Florida Marine vet wanted to apologize for cutting off another driver. They both ended up dead

After the Marine Corps veteran accidentally cut off another car, he was ready to apologize at the next light. Before he could, a passenger got out of the cut-off car and shot him square in the chest 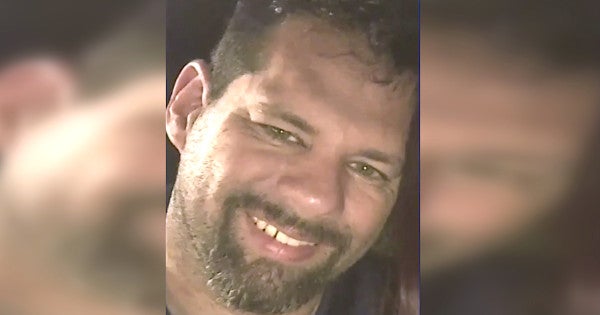 DAVIE, Fla. — Keith Byrne was trying to do the right thing. After the Marine Corps veteran accidentally cut off another car, he was ready to apologize at the next light.

Before he could, a passenger got out of the cut-off car and shot him square in the chest.

The mortally wounded Byrne, 41, was also prepared to fight back. With his own gun, he fired two shots at 22-year-old Andre Sinclair, and Sinclair died of his injuries at the hospital two days later. Byrne died on scene.

Sinclair had been a passenger in the car his girlfriend was driving. Their toddler was in the backseat.

The whole incident was something that Davie Police Sgt. Mark Leone called ultimately “pointless and silly.” In a news conference Wednesday, the sergeant went through what had happened Friday at the corner of Flamingo Road and Southwest Eighth Street just south of Interstate 595.

Byrne had been on the phone with a friend at the time. The friend “heard his friend Keith say, 'My bad,' in making an attempt to apologize,” Leone said. “At that time over the phone he heard the gunshots and Mr. Byrne said, 'I think I've been shot,' started slurring his speech, and then the phone call was disconnected.”

According to police, Sinclair got out of his girlfriend's blue BMW displaying his gun and was heading for Byrne, who was still inside his air-conditioning work truck.

Both Byrne and Sinclair held concealed carry permits. “Mr. Byrne was acting in self-defense when he ultimately fired back at Mr. Sinclair,” Leone said.

He added that if Sinclair had survived, “we would have identified him as the primary aggressor, and he would have ultimately been charged with murder.”

Police say that Sinclair's girlfriend had been pleading with her boyfriend to stay in the car when they stopped at the light. Neither she nor their daughter were harmed in the shooting.

After news broke, Byrne's family and friends shared their favorite memories of him across social media. In an interview, Peter Franzese described Byrne as a “person that made everyone feel good when he was around them.” Franzese added, “When he loved you as a friend, he always had your back, and it was for life.”

SEE ALSO: A Florida Man Tried To Bring An RPG On A Commercial Flight