A Marine stopped to help someone during a car crash before she herself was hit and killed, officials say 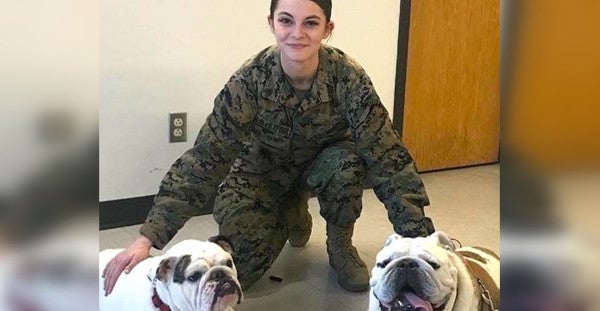 The pedestrian killed Friday night after being struck by a car in northern Beaufort County had stopped to help someone who was involved in an earlier crash, local officials said Monday.

The pedestrian has been identified as Erin Rachel Lilleyfogle, 23, Beaufort County deputy coroner David Ott said. She was pronounced dead at the scene.

He said Lilleyfogle, of Colorado Springs, Colorado, was a corporal at the Marine Corps Recruit Depot Parris Island.

She “had stepped out of (her) vehicle and was walking toward the other collision but was struck before getting there,” S.C. Highway Patrol spokesperson Lance Cpl. Matt Southern said.

The fatal collision occurred at 7:30 p.m. on U.S. 17 near Jenkins Road when a 1998 Ford Taurus traveling southbound with three people inside it struck Lilleyfogle. The people inside the car were not injured, Southern has said.

No charges have been filed, the collision remains under investigation.

Lilleyfogle joined the Marine Corps in March 2017, and served as a non-commissioned officer in charge of headquarters and Service Battalion's administrative section, Capt. Bryan McDonnell, director of Communication Strategy and Operations at Parris Island, wrote in a statement to The Island Packet.

He said the depot is truly saddened by Lilleyfogle's death.

“She was vital to daily operations, made a major impact during Hurricane Dorian as part of Task Force Albany, and was the caretaker of the Depot Mascot, Opha May,” McDonnell said.

“She was in the process of being awarded the Navy and Marine Corps Achievement Medal for her numerous contributions to the Depot, which will be awarded posthumously,” McDonnell wrote.