A U.S. Marine who had just moved to Texas was horrified when his moving truck was stolen — with his father's ashes inside. 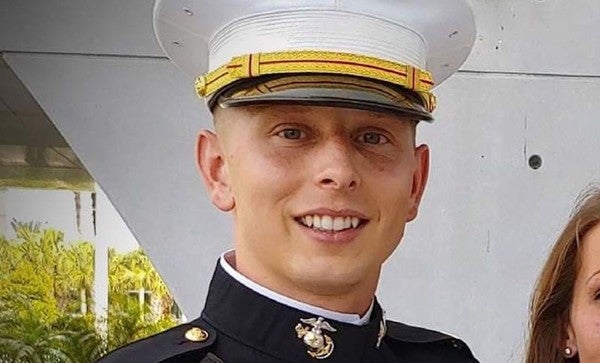 A U.S. Marine who had just moved to Texas was horrified when his moving truck was stolen — with his father's ashes inside.

Joshua Noble's moving truck and car were parked outside of a hotel near an airport in San Antonio when they recently disappeared, local TV station KENS reported.

The truck has since been found, but most of the items inside were gone.

“The things inside aren't so much as important as the pictures of my family and my dad's ashes,” Nobles told the news outlet. “Those are the most important things. If I could get those back, that would be ideal.”

Other belongings that were inside the truck include military uniforms and awards he had received.

Two uniforms were inside when the truck was located, but Nobles estimates about $3,000 worth of uniforms are missing.

Nobles is an active member of the Marines. He and his family just moved to the Texas city from Virginia.

He and his wife just welcomed their second child two weeks ago.

Surveillance footage of the thieves getting into the truck and driving away was located by the La Quinta Inn and Suites where the incident occurred.