A massive billing glitch in Tricare's East region, managed by Humana, on Thursday slammed about 25,000 beneficiaries with premium charges 100 times more than they owe monthly for their coverage 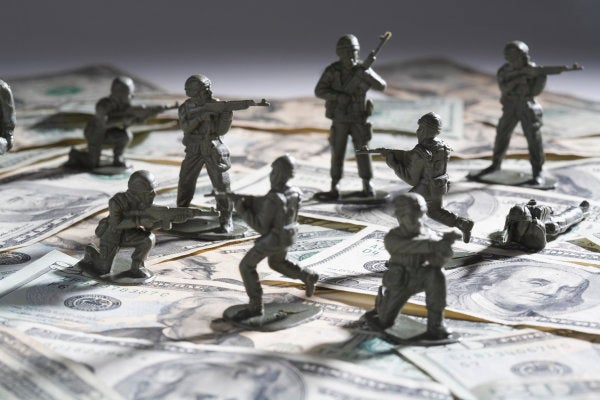 A massive billing glitch in Tricare's East region, managed by Humana, on Thursday slammed about 25,000 beneficiaries with premium charges 100 times more than they owe monthly for their coverage.

The problem impacts all users in the East region who automatically pay monthly enrollment fees by credit or debit card, including military retirees on Tricare Prime and those enrolled in Tricare Reserve Select, Tricare Retired Reserve and Tricare Young Adult. It does not impact retirees and others who pay premiums through paycheck allotment.

The incorrectly billed amounts range from just over $4,000 to almost $110,000, depending on the set monthly premiums, according to a Military.com calculation. The charges were levied over the day Thursday, with some users reporting they received alerts from their banks or credit cards in the early afternoon.

While some users had the charge denied by their bank or credit card, others did not. All charges will be voided by the end of Thursday, with credits made to accounts within 24 to 48 hours, Defense Health Agency officials said in a post on Tricare's Facebook page.

Information was not immediately available on what help, if any, is available for users who experience overdraft fees or other penalties due to the incorrect billing, or for those who may have other payments denied because the error charges emptied their bank accounts.

The error was caused by Humana's credit card processor, according to the Defense Health Agency. Officials with Humana did not immediately respond to a request for comment.

Amy Lawrence, a Navyspouse in Northern Virginia whose son is enrolled in Tricare Young Adult, noticed the issue when her bank alerted her that the charge attempt was denied.

“Immediately, I was bolting up the steps to call Navy Federal,” she told Military.com. “I the notification and thought, 'Dear God.'”

Lawrence said she manages Tricare billing for her son, who then reimburses her. If the payment had hit her son's checking account instead, she said, the result could have been catastrophic.

“If it had hit his checking or his debit card, they would've done the Navy Federal overdraft, like they usually do, and it could've wiped out his savings and everything,” she said.

The error comes four days before the end of Tricare's open enrollment period, during which users can change their plans for the coming year. Outside that window, which runs Nov. 11 to Dec. 9, active-duty family members and military retirees must experience a “qualifying life event” to make a plan change.