A Navy installation blasted ‘The Star-Spangled Banner’ at high volume for 3 days straight, scaring the crap out of its neighbors 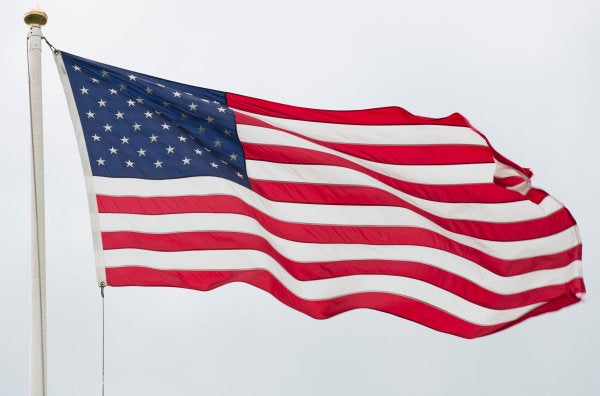 From Long Beach to Huntington Beach, residents were greeted Saturday, June 15, at precisely 8 a.m. with “The Star-Spangled Banner.” Then 12 hours later, the “Retreat” bugle call bellowed throughout Seal Beach and beyond.

At first, people wondered if the booming sound paid tribute to Flag Day, June 14. Seal Beach neighbors bordering Los Alamitos assumed the music was coming from the nearby Joint Forces Training Base.

But then it happened again Sunday. And Monday. Folks took to the Nextdoor social media app seeking an answer to the mystery.

As it turns out, the music emanated from the Seal Beach Naval Weapons Station near Pacific Coast Highway – a good five miles from some of the houses reached. For homes closer to the station, in the Old Town and Hill neighborhoods, it sounded like a band marching through the living room.

“We're using a different sound system than we did previously,” explained Gregg Smith, public affairs officer for the Naval Weapons Station. “This one not only has bigger speakers – it has more speakers.”

The Navy normally plays a recording of the national anthem every morning when the U.S. flag is raised. At sunset, the military ceremonial song “Retreat” pays tribute to the flag as it is lowered.

In the past, a much smaller speaker kept the music within range of the base. But that system, Smith said, went kaput Friday. “It's was just the luck of the draw that it was Flag Day,” he said.

Officials are looking into repairing the smaller sound system, Smith said, but it may be a lost cause due to its age.

For three days, the Naval Weapons Station carried on with an intense sound system normally reserved for emergency broadcasts – warnings about potential tsunamis, high winds, fires and such.

Dozens and dozens of comments on Nextdoor indicated a schism in opinions on the matter.

“I love it. Let's all call the base and tell them how much Seal Beach wants them to keep it going,” a woman who lives in Old Town urged.

“My wife now gets out to pick up our paper and stands at attention during the 'Star-Spangled Banner,'” reported a Huntington Harbour resident.

“It's wonderful to know that there's still patriotism!!” a Long Beach woman offered.

But others complained about the sudden blast of noise at an undesirable hour.

“Some of us work really late and don't get to go to bed until 4 a.m,” a woman in Old Town noted.

“The current setup sounds louder in my bedroom than my own alarm!!” another Seal Beach resident wrote.

“Good neighbors don't play their favorite music, or ANY music, that loud at 8 a.m.,” said a man in Old Town.

Naval Weapons Station officials are in the process of finding a happy medium, Smith said. Until that happens, starting Tuesday, June 18, no music at all will be broadcast.

“At this point,” Smith promised, “we are trying to set the system at a decent volume that does not wake up our neighbors.”