A new bill would help keep low-income military families from going hungry. The White House isn’t on board

In a statement released July 9, the White House said it "strongly objected" to the provision because service members "receive appropriate compensation already" 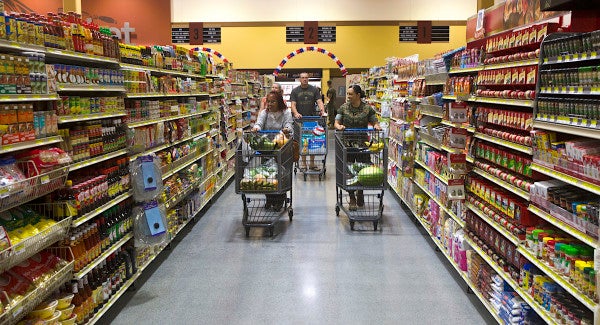 Erika Tebbens remembers her early years as a Navy wife, struggling to make ends meet at a new duty station near pricey Seattle.

College educated but unable to find a full-time job in her field, she settled into work as a part-time bank teller and, when she became pregnant, began worrying how the family would make ends meet.

“A civilian co-worker of mine informed me we would probably qualify for the Women, Infants and Children (WIC) program. … I was honestly shocked. I did not think that any military family in our country would apply for any type of government assistance,” she said.

Tebbens and her new baby qualified for WIC. But later, unable to afford child care, the couple decided she would reduce her hours to one day a week so they could swap parental duties. With bills mounting, she applied for the Supplemental Nutrition Assistance Program, or SNAP, but was denied.

Tebbens is one of several advocates pushing to help military families in financial straits, supporting a proposed bill that would furnish a basic needs allowance for service members whose gross household income does not exceed 130% of the federal poverty guidelines.

The provision — in the House's version of the fiscal 2020 defense policy bill — would provide a monthly allowance for military families equal to 130% of the federal poverty guidelines minus the service member's gross income (not counting any allowances) divided by 12.

The Trump administration has already weighed in, taking issue with the advocates' characterization of the situation as well as a need for the bill. In a statement released July 9, the White House said it “strongly objected” to the provision because service members “receive appropriate compensation already.”

“Most junior enlisted members receive pay that is between the 95th and 99th percentiles relative to their private-sector peers,” Office of Management and Budget officials wrote in a statement of administrative policy on the House National Defense Authorization bill, H.R. 2500.

But Tebbens and others say the money doesn't always go far enough.

“When I reluctantly applied for SNAP, I was incredibly embarrassed that I was even having to apply,” Tebbens said in a phone call Wednesday with reporters on food insecurity in the U.S. military. “Then when they told me that I didn't qualify because they were counting our housing allowance as part of the earned income, all I remember next was just sobbing.”

For an E-4 with several years in the military, a spouse and two children, the proposed benefit would be roughly $234 a month.

The amount is intended to be used for food, diapers, clothing, toiletries — any essential need.

“The basic needs allowance really is an allowance to do exactly what it says, help with basic needs, a plus-up to the base pay for service members who are at or below 130% of the federal poverty line. We are talking very low pay,” said Josh Protas, vice president for public policy at MAZON: A Jewish Response to Hunger.

An E-4 with dependents living in the San Diego area makes about $5,270 a month, including the housing allowance, which accounts for nearly half the amount.

An NBC News report published July 12 found that, during the 2018-19 school year, a third of 6,500 children who attend Defense Department-run schools on military bases in the United States were eligible for free or reduced lunches. At Fort Stewart, Georgia, 65 percent were eligible.

According to a 2016 Government Accountability Office report, more than 23,000 active-duty troops used SNAP, once known as food stamps, in 2013.

Rep. Susan Davis, D-California, says these figures don't adequately capture the extent of “food insecurity” in the military because many members are deemed ineligible for benefits because their housing and subsistence allowances are counted as income.

“San Diego has a high cost of living. … Young service members and their families must resort to assistance from the four community food pantries in the region,” said Davis, sponsor of the legislation.

“Our nation's service members are willing to fight and die for our country, and we should be providing them with the funds and resources necessary to ensure that they can feed their families,” said co-sponsor Rep. Don Young, R-Alaska, in a statement.

The DoD requires its members to take financial literacy training, but Protas said the department's emphasis on the courses when families are struggling is “insulting and condescending.”

“It does nothing to help. … If anything, their response has helped exacerbate this problem by keeping the barriers of shame and stigma to assistance intact,” he said.

The Senate's version of the defense bill contains no basic needs allowance provision, setting up a debate over the measure between the chambers. The conference already is expected to be contentious, with the Democrat-led House and Republican Senate sparring over the bill's total — the House bill allows $733 billion for defense spending in fiscal 2020 while the Senate allots $750 billion — as well as the content.

The House's version contains a number of liberal personnel provisions that will likely meet opposition in the conservative Senate.

The basic needs legislative proposal also does not include any suggestions for covering its cost.

“It's something that should be a priority in Congress. They should identify the funds to pay for this, because if this issue doesn't get resolved, it's the families themselves who are paying the price,” Protas said.

Tebbens expressed hope the basic needs allowance measure will make it through, calling it a bipartisan issue.

“We simply must do better for our military families, and I really hope that we can get this path,” she said.