A military veteran accused of faking his own death days before he was expected to plead guilty to raping and impregnating his 14-year-old stepdaughter has been added to the U.S. Marshals' 15 Most Wanted fugitives list 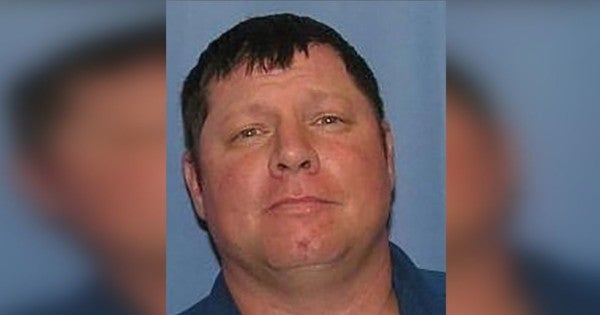 A military veteran accused of faking his own death days before he was expected to plead guilty to raping and impregnating his 14-year-old stepdaughter has been added to the U.S. Marshals' 15 Most Wanted fugitives list.

Jacob Blair Scott, who received a Purple Heart in 2011 for injuries he sustained while deployed in Iraq, could be living off the grid anywhere in the country because of his military background and knowledge of the outdoors, federal authorities said Wednesday.

He's accused of sexually assaulting his wife's daughter while the woman slept in their Mississippi home in summer 2018. The girl's mother only learned about the abuse when the teen's older sister took her to a hospital and found out the victim was 10 weeks pregnant, according to police.

A DNA test later confirmed Scott was the father.

The 43-year-old pervert was arrested on a series of charges, but he posted bond in July 2018 and failed to appear for a scheduled court hearing that month, the U.S. Marshals Services said in a news release.

Investigators then found an abandoned dinghy off the coast of Orange Beach in Alabama with a gun and a suicide note signed by Scott. But his body was never found and authorities said there was little forensic evidence at the scene that suggested he killed himself there.

In addition, investigators soon learned the suspect had withdrawn $45,000 from his bank account just before he disappeared, federal officials have said.

Since Scott's fake suicide more than 18 months ago, witnesses have reported seeing him in Mississippi, Louisiana, Colorado and Nevada, according to the release.

“Jacob Scott stands accused of unspeakable crimes against a child,” U.S. Marshals Service Director Donald Washington said in a statement. “The Marshals will leave no stone unturned until we bring him to justice.”

A 14-count indictment filed against Scott in 2018 includes charges of sexual battery, touching a child for lustful purposes and exploitation of a child. Authorities are offering a $25,000 reward for information leading to his arrest.

The suspect is described as white, 5-feet-10 inches tall, weighing about 225 pounds, with brown hair and blue eyes.