On Jan. 26, Command Sgt. Maj. Christopher Greca posted on Facebook about his own struggles and how he sought treatment... 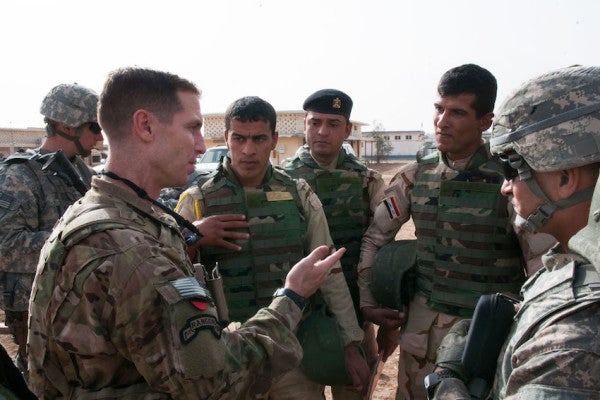 On Jan. 26, Command Sgt. Maj. Christopher Greca posted on Facebook about his own struggles and how he sought treatment for mental-health issues.

After a multi-week stay at Walter Reed National Military Medical Center, Greca, the senior enlisted leader of U.S. Central Command, wrote that he felt the need to be vocal about what happened in order to help others.

“I share my story as an example of a Soldier/Service Member who needed help, recognized this with the assistance of family friends, and got it!” the post reads.

In an interview with Army Times, Greca said, “I did it because I wanted to say it was OK for service members to ask for help as needed.”

Prior to being checked in at Walter Reed, he said he had struggled due to pain, lack of sleep, and emotional stresses. Over the years, Greca has dealt with knee and neck surgeries, balance issues, vision problems, memory loss, and overall malaise.

“It starts to sneak up on you after a while. I think it’s been cumulative. I think over the years, we who serve — this is a hard life,” he told Army Times.

As for others dealing with combat injuries both physical and mental, he suggested that people first need to recognize that there is a problem.

Greca hoped the personal post would add some sincerity.

“I promise, this is not just lip service from a senior leader, there are enough people that care to get people the help they need,” he said. “We have a caring group of professionals throughout the joint force and willing to be part of the solution.”

Excuse me if this post is a little long, but in my opinion it might be the most worthwhile I have posted while serving…