​An expert sniper can sneak up on an enemy naked as the day he was born. It's not particularly advised, but one top sharpshooter did exactly that just to prove a point, Marine snipers told Insider 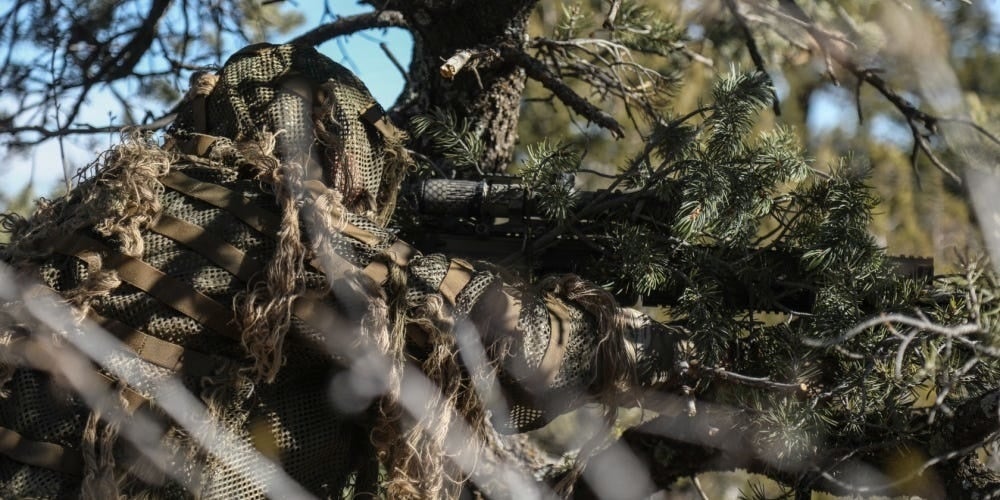 An expert sniper can sneak up on an enemy naked as the day he was born. It's not particularly advised, but one top sharpshooter did exactly that just to prove a point, Marine snipers told Insider.

“Ghillie suits make people feel like they are invisible,” a Marine Corps scout sniper instructor a explained, referring to the full-body uniforms that snipers are trained to adorn with grass and other materials to blend into their environment.

“The vegetation and the camouflage, that's only one part of it,” the instructor added. “It's more route selection and movement. It's about what you are putting between you and the target.”

One top sniper proved that to be true by completing stalking training — an exercise where snipers are asked to sneak into position and fire on a target without getting caught by observers using high-powered optics — in nothing but his boots, two Marines told Insider.

Following the intial publication of this story, Marine Corps Combat Development Command told Insider that the sniper was not completely naked in the traditional sense. He also had on a brightly-colored safety vest, truthfully making his feat even more impressive.

“He was one of our instructors, and he wanted to show up his fellow HOGs on the glass,” a schoolhouse instructor said, referring to the observers (nicknamed “Hunters of Gunmen” or HOGs) searching for the PIGs (Professionally Instructed Gunmen) in the field with monocular or binocular devices.

“I'm going to do this naked, and you're not going to catch me,” the legendary sniper supposedly said. “I'm going to go out there and burn you guys down naked except for boots on.”

And, he pretty much did, Insider learned from the Marines.

No ghillie suit. No vegetation. The sniper went into the field with no more camouflage than a painted face.

Insider recently observed a scout sniper stalking exercise, where snipers in training worked their way down a lane filled with snakes, various bugs, and quite a few thorns. It was not an environment for someone to crawl around in nude. It's unclear what type of stalking lane the mostly naked Marine was on when he made his run a few years back.

The sniper is said to have used screens, natural features on the stalking lane that shield the sniper from view, to avoid the watchful eyes of his training enemy.

He was also very careful and deliberate with his movements.

“That's the art of invisibility,” an instructor told Insider. “It's all about movement. Some animals are phenomenal at it.” Lions, for example, will crawl low and burn through the grass until they get in range of their target.

That's a hard skill to learn though. “When you are crawling on the ground, it's hard to understand where you are at. It's like being an ant,” a second instructor explained. “It's the weirdest thing in the world when you get that low to the earth and you start crawling. It makes people uncomfortable.”

When Insider visited a base last month, we watched a group of trainees go through stalking training for the first time. Several of them were spotted in the lane because they raised their heads to see their target more clearly.

“They love to raise up. They love to look up,” an instructor explained. “It's such a natural human instinct, to think that to see something you need 180 degrees.”

“Human beings are so uncomfortable when they can't see what is going on around them,” another instructor told Insider. “You have to fight that uncomfortable feeling. You have to force yourself to act unnaturally to be an effective stalker.”

The mostly naked Marine seems to have had a great grasp of that concept.

Update: Following initial publication, Marine Corps Combat Development Command later provided additional information on the sniper who completed the training naked, revealing that the sniper wasn't completely naked in the traditional sense, as he was wearing a brightly-colored safety vest.