The Senate Armed Services Committee isn't keen on the U.S. Air Force's plans to retire legacy aircraft in favor of new technology, putting a stop to some proposed aircraft retirements and delaying others 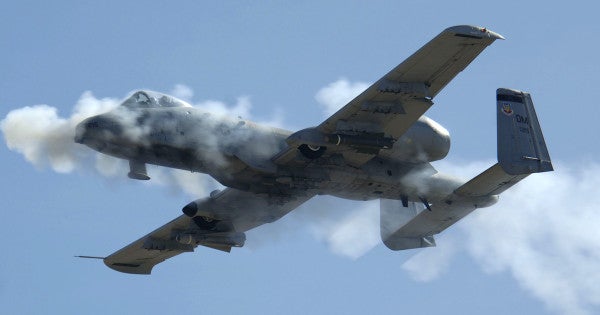 The Senate Armed Services Committee isn't keen on the U.S. Air Force's plans to retire legacy aircraft in favor of new technology, putting a stop to some proposed aircraft retirements and delaying others.

In the committee's version of the fiscal 2021 National Defense Authorization Act, lawmakers say that the service must operate a minimum number of aircraft for each major mission set. The legislation also “prohibits the divestment of aircraft until the minima are reached to ensure that [the] Air Force can meet [National Defense Strategy] and combatant command requirements.”

The service had plans to retire more than 100 planes across its bomber, airlift, tanker and drone fleets per its budget request made earlier this year. Officials wanted to cut 17 B-1B Lancer bombers, reducing the fleet to just 44; retire 44 A-10 Thunderbolt II close-air support aircraft; cut roughly 30 older-model KC-135 Stratotanker and KC-10 Extender refuelers; send 24 RQ-4 Global Hawk drones, some which are used as a networking Battlefield Airborne Communications Node, or BACN, to the boneyard; and divest 24 C-130H Hercules — the oldest model left in the cargo inventory.

Most notably, the bill preserves the A-10 Warthog, which the service has tried to phase out over the last five-plus years, or send a number of them to the boneyard. It also delays the divestment of KC-10s and KC-135s until the KC-46 Pegasus' “remote visual refueling system remedies are implemented,” it says. Furthermore, the proposal “prohibits divestment of any manned [intelligence, surveillance and reconnaissance] aircraft” operated by Special Operations Command.

Hundreds of A-10s in the fleet have received new wings or are in the process of receiving upgrades to their wings despite the battle over how many aircraft the service can retire in coming years. The Air Force has repeatedly stressed it can maintain roughly six of its nine A-10 combat squadrons through 2032.

Former Air Force Col. Martha McSally, now a Republican senator from Arizona, has been a steadfast supporter of keeping additional squadrons of the A-10 — the aircraft she flew during her time in the service.

“Why would we want to get rid of that until we have a suitable alternative?” she recently told Military.com. “It's got the ability to fly well into the 2040s, and we're going to keep fighting to make sure it does.”

Earlier this year, SOCOM posted a solicitation on the government's acquisition and awards website, beta.sam.gov, in preparation to host an industry day event seeking “armed overwatch” aircraft for its units. The solicitation said SOCOM would eventually purchase up to 75 light attack aircraft for the mission.

“What we're trying to do is time this in a way that does not result in a decrease in capacity on the battlefield as we transition crews from the U-28 to the prospective armed overwatch,” he said, according to the magazine.

It remains unclear how many U-28s may now stick around given the committee's request. There are 28 in the Air Force's inventory.

AFSOC's U-28A — a small, repurposed Pilatus PC-12 aircraft used for ISR — falls under nonstandard aviation, often landing in tiny, semi-prepared airfields and flying in remote areas of the world. The Draco has the ability to coordinate battle plans with other aircraft in the area, sending signals to them or operators on the ground, Capt. Bryan, a combat systems officer with the 319th Special Operations Squadron, told Military.com in 2018. (Crew members were identified by first names only because of their sensitive mission.)

Unlike its MC-12 ISR cousin, the U-28 has two high-fidelity electro-optical and forward-looking infrared sensors that can push data to “whoever wants to see it” on secure networks, Bryan said.

“They can fly longer, but we are usually faster and a little bit closer to the fight,” Bryan said.

A-10 Thunderbolt II
A-10 Warthog
aircraft
Armed Overwatch
in brrrt! we trust