4 Ways The Army Should Change Up Its Grooming Regulations

Recently, the U.S. Army issued new regulations to accommodate service men and women who wear beards, turbans, or hijabs for... 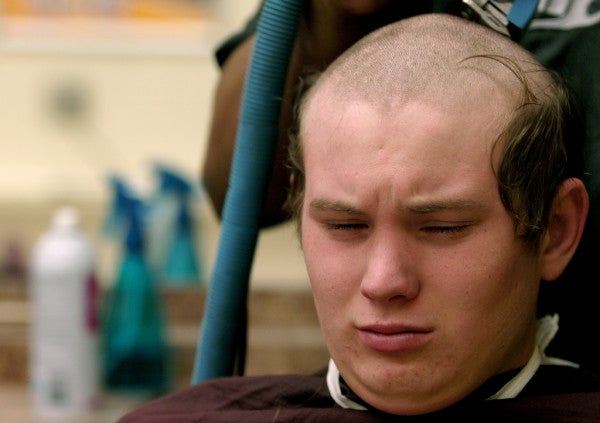 Recently, the U.S. Army issued new regulations to accommodate service men and women who wear beards, turbans, or hijabs for religious reasons, as well as dreadlocks, cornrows, and twists.

Many older troops will just no doubt see this as another step toward a full meltdown of the time-tested standards and traditions on which military culture has long relied. But times change. Styles come and go. I believe unit cohesion actually transcends such distinctions. I actually like wearing black socks during physical training, and I sport my neck tats proudly (they cover up the hickeys). In fact, I’m an advocate of further revisions to the hairstyle and uniform practices, and not merely based on religious protections. After all, for many of us, style is a goddamn religion.

Not just beards, but beard competitions.

For too long, we regular Joes have looked longingly at the operators who get to grow full and manly beards, so they can fit in with the local population (some of these guys are virtually indistinguishable from your typical 6-foot white Iraqi with full sleeve tattoos and wraparound Oakleys).

But we’ve gone so long without facial hair that just growing a neatly groomed beard is not going to cut it. Instead, let’s make this a contest. Once the beard ban is lifted, the Army should announce the facial hair competition and offer awards for the neatest chinstrap, the classiest Van Dyke, the longest Fu Manchu.

Why should the hipsters — and the enemy — have all the fun?

Anyone can cut a fade with a cheap pair of clippers, but why not raise the bar? It’s time for barracks barbers to add a dash more style and danger to the trimming process.

Take Ramadan Odwan of Gaza, who uses a blowtorch on tightening up his customers’ locks. Not only will this approach keep you warm during the winter months, but you don’t get those annoying hairs that always make it down the back of your shirt and make you itch all day.

“I control how long I apply fire, I keep it on and off for 10 seconds or 15 seconds,” Odwan told Reuters. “It is completely safe and I have not encountered any accident since I started it two months ago.”

That said, Odwan’s blowtorch is Home Depot grade. The U.S. military — which discontinued the use of flamethrowers in 1978 — probably has thousands just sitting in a warehouse somewhere.

Portrait haircuts of your favorite NCO.

A barber in San Antonio has turned hair styling into an art form by shaving portraits of famous celebrities into the sides of his customer’s heads. This may seem like little more than a fancy whim for civilians; it suggests an essential new direction for the junior enlisted uniform. I advocate requiring every E-4 to shave the visage of his or her first line noncommissioned officer into their cranium, with regular touchups. Then, when the troop screws up, we’ll know who to tell.

The higher the rank, the bigger the muttonchops.

The term “sideburn” is the namesake of Ambrose Burnside.Photo via Wikimedia Commons

Once upon a time, you could tell the rank and measure of a man based on his muttonchops. Now military leadership will tell you beards aren’t allowed because you can’t get a good seal in a gas mask, but I have a sneaking suspicion that excuse was thought up by some officer who was mad they couldn’t grow a glorious set of these eminently dignified whiskers.

Of course in today’s military, if we’re going to use facial hair to denote rank, we’ll have to make certain allowances for the poorly bearded, and for female troops. Glue-on beards will be provided on day of rank advancement.