Mabus: Marine Corps Standards Will Not Be Lowered For Gender Integration

“This is not about quotas. This is about opening up opportunity and I can tell you emphatically, categorically, that I... 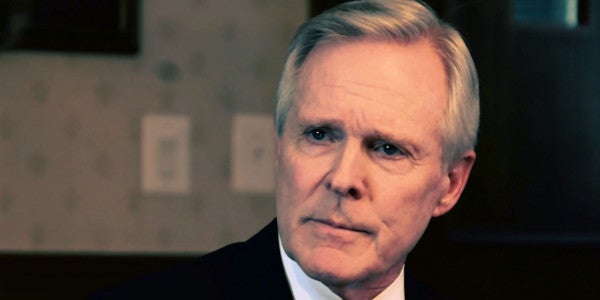 “This is not about quotas. This is about opening up opportunity and I can tell you emphatically, categorically, that I will never do anything as long as I'm in this job to lower the Marine combat effectiveness,” Navy Secretary Ray Mabus told Task & Purpose in a Jan. 28 interview about integrating women into combat arms units.

In an exclusive interview with Marine veteran and Task & Purpose CEO Zach Iscol, Mabus discussed the criticisms he faces from Marine Corps leadership for going against the recommendations of then-Marine Commandant Joseph Dunford, who in late 2015, called for combat arms units to remain closed to women.

“A more diverse force is just a stronger force,” Mabus said. “I mean we've seen it over and over, again. We saw it when 70 years ago when the military was integrated. That was a stronger force than it was before. We saw it in the 80s when women were first recruited in larger numbers across the services.They became stronger because of the diversity of backgrounds.”

The Marine Corps’ recommendation to keep women out of the infantry derives from a nine-month, $30 million study that looked at how gender-integrated units perform compared to all-male units. Initially, only a four-page summary of the study was released stating that the study found all-male units to be faster, more lethal, and better able to evacuate casualties than its integrated-unit counterparts. The 978-page full report is now available through the Secretary of Defense’s office and has undergone extensive scrutiny from those on both sides of the debate.

Mabus himself has criticized the study methodology for comparing averages and not individual performances, as well as maintaining a low bar for entry into the experiment. However, in speaking with Task & Purpose, the secretary also commended the study for identifying the need for creating consistent standards within each of the previously closed MOSs.

Mabus directed the Marine Corps to develop a plan for integrating boot camp and Officer Candidates School to be implemented by April 1.