In a reversal from a statement earlier in the day, Acting Secretary of the Navy Thomas Modly apologized for criticizing Capt. Brett Crozier, the former commanding officer of the USS Theodore Roosevelt, in remarks to the aircraft carrier's crew but stood by his concerns about the captain's actions 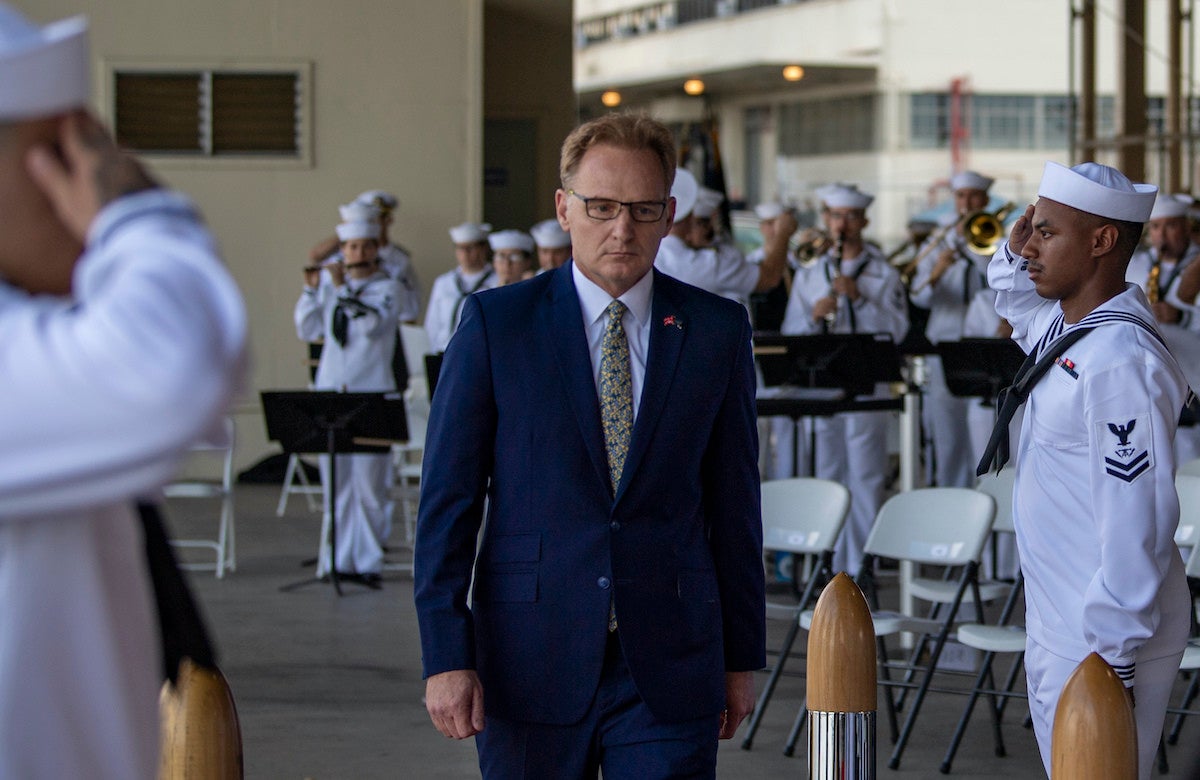 In a reversal from a statement earlier in the day, Acting Secretary of the Navy Thomas Modly apologized for criticizing Capt. Brett Crozier, the former commanding officer of the USS Theodore Roosevelt, in remarks to the aircraft carrier's crew but stood by his concerns about the captain's actions.

“I want to apologize to the Navy for my recent comments to the crew of the TR,” Modly said in a statement Monday night.

Modly decided to relieve Crozier of duty last Thursday after a letter raising alarms about a worsening coronavirus outbreak aboard the Theodore Roosevelt leaked to the media. Early Monday, a recording of a speech Modly delivered to the carrier's crew strongly criticizing the captain surfaced.

“The spoken words were from the heart,” Modly said in a statement following the leak of the audio recording. “I stand by every word I said, even, regrettably any profanity that may have been used for emphasis. Anyone who has served on a Navy ship would understand.”

Monday night, however, he backtracked, apologizing for some of his earlier remarks, specifically his assertion that Crozier might be “too naive or too stupid to be a commanding officer.”

“Let me be clear: I do not think Captain Brett Crozier is naïve nor stupid,” he said. “I think and always believed him to be the opposite. We pick our carrier commanding officers with great care. Captain Crozier is smart and passionate.”

“I believe, precisely because he is not naive and stupid, that he sent his alarming email with the intention of getting it into the public domain in an effort to draw public attention to the situation on his ship,” Modly continued. “I apologize for any confusion this choice of words may have caused.”

“I also want to apologize directly to Captain Crozier, his family, and the entire crew of the Theodore Roosevelt for any pain my remarks may have caused,” he said. “They, and the entire Navy, have my full commitment that I will continue to help get the TR back to full health and back to sea where we can move forward beyond this unfortunate situation.”

Modly's remarks during his all-hands call for the Theodore Roosevelt drew criticism from Democratic lawmakers and sailors aboard the ship. During the 15-minute expletive-laced speech, he gave the sailors his reasoning behind the decision to relieve Crozier.

“It was my opinion that if he didn't think that information wasn't going to get out into the public, in this information age that we live in, then he was either a) too naive or too stupid to be a commanding officer of a ship like this,” Modly said in the call. “The alternative is that he did this on purpose.”

“I understand you love the guy. It's good that you love him,” Modly told the crew. “But you're not required to love him.”

Modly has been criticized for his remarks and accused of being tone-deaf to the situation. In one recording of Modly's speech, one person could be heard saying, “What the f—?” Other sailors can be heard booing the acting secretary.

The acting secretary's apology came after Trump called his comments “rough” and suggested he would get involved in the matter.

More than 150 service members aboard the carrier have tested positive for the novel coronavirus. Crozier has also tested positive, The New York Times reported on Sunday. About 2,700 crew members are expected to be evacuated from the ship in the coming days to curb the coronavirus' spread.