A sitting congressman has been deployed to the US-Mexico border

Illinois Rep. Adam Kinzinger has been deployed to the U.S-Mexico border with his Air National Guard unit, according to a statement posted on social media 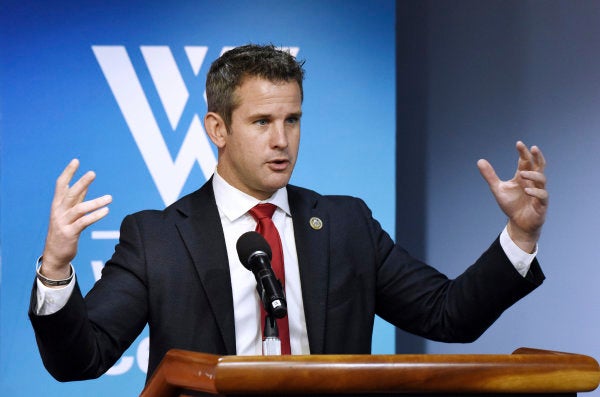 Illinois Rep. Adam Kinzinger has been deployed to the U.S-Mexico border with his Air National Guard unit, according to a statement posted on social media.

The Channahon Republican, whose 16th District stretches from Watseka, near the Indiana border, west to Dixon and north to Rockford and the Wisconsin border, was deployed earlier this week and “is serving on active duty in his capacity as Lieutenant Colonel,” the statement from spokeswoman Maura Gillespie reads. “As with previous border missions while elected, the Congressman will stay within the United States.”

Elected to Congress in 2010, Kinzinger is a pilot and has flown RC-26s for surveillance and reconnaissance, the Tribune has previously reported.

He's at the U.S-Mexico border at a time when President Donald Trump and Congress are wrangling over whether the government should build a massive border wall.

On that issue, Kinzinger wrote on his website: “As a member of the Air National Guard, I work with Customs and Border Protection officers on our southwest border and know firsthand how an unsecure border jeopardizes the security of our country.

“I am committed to strengthening our border security, better enforcing our immigration laws, and targeting dangerous gangs such as MS-13. This can be done through physical and virtual barriers — including the use of reconnaissance drone aircraft, security cameras, and other technological instruments that help U.S. Customs and Border Protection agents effectively respond to border incursions.”

During the recent federal government shutdown over the border wall issue, Kinzinger said on CNN that Democrats and Republicans would have to compromise. “It's just nobody wants to give anyone a win or anything else. We've got to get past this or we're going to continue in this stupid shutdown idiocy cycle for the rest of our time out here.”