Afghan forces used ground attacks and air strikes in multiple operations against the Taliban during the last 24 hours, killing 51 fighters in an escalation that signaled renewed deadlock in peace talks 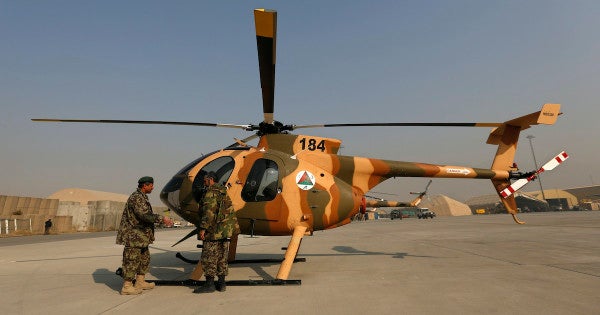 KABUL (Reuters) – Afghan forces used ground attacks and air strikes in multiple operations against the Taliban during the last 24 hours, killing 51 fighters in an escalation that signaled renewed deadlock in peace talks.

Afghanistan's Defense Ministry said on Sunday that government forces had conducted 13 ground offensives and 12 air strikes in nine provinces, adding that 51 “terrorists” had been killed, 13 wounded and six arrested.

Local officials in the northern province of Balkh said at least three women and four children were killed in the air strikes, prompting protests in front of the provincial governor's office.

The government pledged to send a fact-finding mission to investigate the reports of civilian deaths.

In a separate statement, the Taliban said its fighters had ambushed an Afghan forces patrol in Balkh, killing eight security personnel.

The spike in hostilities comes as U.S. and Taliban negotiators in Doha take a two-day break for consultations about how to overcome recent hurdles in the talks, a source close to the process told Reuters.

Negotiations between the two sides began last year in Doha but have been interrupted at least twice after Taliban attacks on U.S. military personnel in September and December.

Multiple sources close to the talks said the Taliban had agreed internally to halt attacks against U.S. forces and “reduce” assaults against Afghan government interests.

Over the last week, however, reports of attacks by Taliban fighters on government installations, including police stations continued to filter in from different parts of Afghanistan.