Afghanistan’s security forces lost 42,000 troops in the last year in a crackdown on ‘ghost soldiers’ 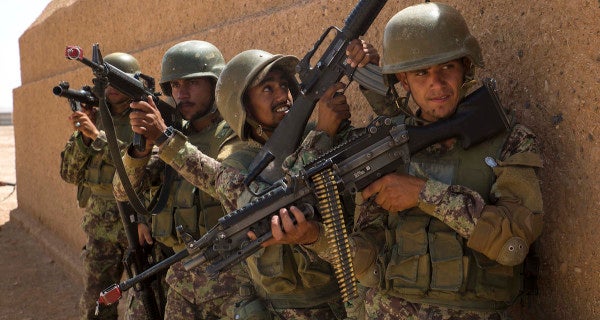 WASHINGTON (Reuters) – There has been a sharp drop in the size of Afghanistan's National Defense Security Forces in the past few months due to changes in the way troops are counted and an effort to reduce the number of so-called “ghost” soldiers, a U.S. government watchdog said on Thursday.

The Special Inspector General for Afghanistan Reconstruction (SIGAR) said in a report that ANDSF personnel size had gone down by nearly 10 percentage points in the most recent quarter compared to the previous trimester.

The number of ANDSF troops fell by nearly 42,000 compared to roughly the same period, between April and the end of June last year, the report said.

The disclosure comes as Washington attempts to clinch a framework peace agreement with Taliban insurgents that is expected to include a timeline for withdrawing U.S. troops, which now number about 14,000 in Afghanistan.

Some 9,000 of those forces are involved with training, advising and assisting Afghan security forces. U.S. officials have long expressed concerns about the strength and capability of the Afghan forces, especially without adequate international support.

SIGAR, citing information from the U.S.-led coalition, said the decline in Afghan force levels owed to a move by the ANDSF to switch their reporting of personnel strength to the number of biometrically validated forces, rather than just the number reported on-hand by officials in the field.

“The change was part of an effort by the United States and its partners to reduce opportunities for corrupt ANDSF officials to report 'ghost' (nonexistent) soldiers and police on personnel rolls in order to pocket the salaries,” the report said.