"Government forces are on the offensive this year. We expect a lot of fighting and obviously casualties." 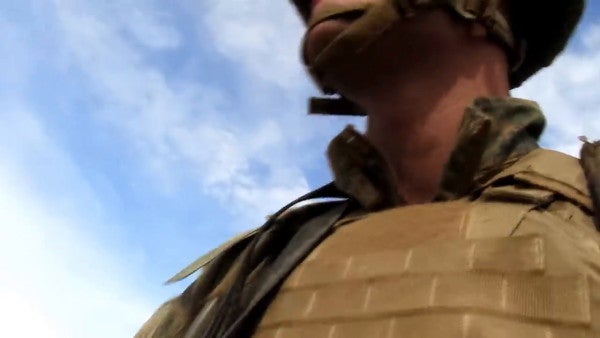 KABUL (Reuters) – Fighting in Afghanistan has escalated ahead of the usual spring season, as both sides seek to increase leverage in talks on a peace settlement – a gamble that analysts warn could also risk hardening positions.

In March, hundreds of Afghan forces were killed or wounded in heavy clashes in southern, western and northern Afghanistan, according to unofficial reports. Two U.S. special forces were killed near Kunduz, and attacks by both sides caused civilian casualties. U.S. air strikes also accidentally killed Afghan soldiers, in a case of friendly fire.

“Government forces are on the offensive this year. We expect a lot of fighting and obviously casualties,” said a senior Afghan security source.

Seasonal trends to fighting have become less defined over the years, as most Taliban now fight near their homes and so do not need to wait for snow to melt in the mountain passes to travel to battlefields, said Graeme Smith, a consultant for the International Crisis Group (ICG).

Even so, the Taliban annually announces the start of a spring offensive with fanfare and a name evoking epic importance, such as last year's “Al Khandaq” campaign – named after the Battle of the Trench, fought by the Prophet Mohammad to defend the city of Medina in Islam's early days.

“The objective of the operations this year will be to improve intelligence gathering and targeted strikes against the enemy,” he said.

The “fight and talk” strategy has been used to describe the Afghan war as far back as the Obama U.S. presidency. One diplomat said Afghanistan's escalation follows a similar path of greater fighting in South Sudan and Colombia ahead of peace settlements for those conflicts.

But for a country 17 years into its latest war, the escalation only adds to a sense of discouragement.

Rising violence also comes with the risk that positions will harden, deferring a settlement, rather than creating urgency that could bring the sides together, said the ICG's Smith.

Afghanistan Chief Executive Abdullah Abdullah, asked about the more aggressive strategy, said it simply reflected a need to be ready for every possibility.

“If the government and the Taliban agreed on a ceasefire, then the security defense forces will act accordingly,” he told reporters in Kabul.

Pentagon spokesman Lieutenant-Colonel Kone Faulkner said in an email that there has been “no change” in U.S. policies and in its partnered fighting with Afghan forces.

The latest round of recurring peace talks ended in early March with both U.S. and Taliban officials citing progress. The start of the next round has not been announced, but is expected this month.

The negotiations came amid fierce fighting in several corners of Afghanistan, from Kunduz province in the north to Helmand in the south and Badghis in the northwest.

Some 100 members of Afghan forces were killed in two attacks in Badghis and Helmand. Thirteen civilians, including 10 children, died in a U.S. air strike in Kunduz and more civilians died in a Helmand stadium attack by the Taliban.

Ninety-four members of the Taliban died in a single battle near Kunduz city, according to NATO's Resolute Support Mission, which is supported by troops from 39 countries to train, advise and assist Afghan forces. Fighting in the province killed two U.S. soldiers a day earlier.

The Taliban, meanwhile, met recently to discuss the timing and name of its spring campaign, said a Taliban leader, speaking on condition of anonymity.

“Our focus would be more specifically on targeted operations,” the leader said. “Our top priority would be minimizing civilian losses.”

Some Taliban leaders had suggested simply continuing ongoing operations and awaiting the outcome of peace talks, he said. But the group decided against further delay once Afghan forces launched its Khaled offensive, he said.

Taliban spokesman Zabihullah Mujahid said the group would launch its spring offensive in about a month when the weather warms.

One diplomat, whose country supplies soldiers to the Resolute Support mission, said he doubted the Taliban wanted to stop fighting, because it would be difficult to quickly regain the insurgency's fighting capability if its forces dispersed.

“The Taliban's leverage is their military activities,” a second diplomat said.

Both spoke on condition of anonymity because of the sensitivity of talks.

More conflict has also forced nearly 4,000 people from their homes in the last three months alone, he said.

WATCH NEXT: Jeff Stars A Twitter Beef With The Taliban