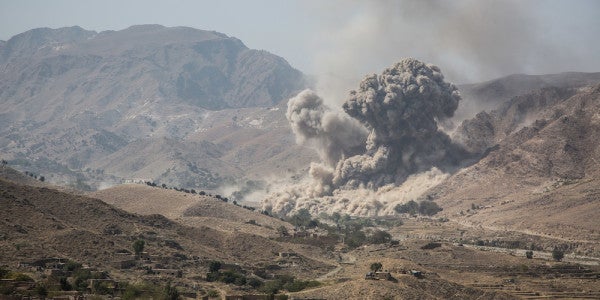 The militant group's head of South Asia, Abu Omar Khorasani, was arrested in Kabul alongside the group's spy chief and public relations officer, the General Directorate of National Security (NDS) and Interior Ministry said in a statement.

“NDS will continue its comprehensive and targeted operations to hunt down senior leaders of regional terrorist groups and destroy the joint hubs of these terrorist networks,” the statement said.

South Asia Islamic State is mainly focused on a small presence in Afghanistan, largely in the north, though it has waged high profile attacks further south in the capital.

The ongoing violence underscored the challenges to securing lasting peace in Afghanistan even after the United States signed a troop withdrawal agreement with the militant Taliban in February.

The Taliban, which says it opposes the Islamic State and has fought the group, has since held off on large-scale attacks on foreign forces or in major centres, though it has continued attacking Afghan security forces throughout the provinces.

On Monday, there were four roadside blasts in the capital which wounded four civilians, including a child, according to Kabul's police. No group immediately claimed responsibility.

The Afghan government and foreign powers including the United States have been calling on the group to reduce violence, saying it is hindering progress on moving towards formal peace talks.