The United States and the Taliban will sign an agreement on Feb. 29 at the end of a week long period of violence reduction in Afghanistan, U.S. Secretary of State Mike Pompeo and the Taliban said on Friday 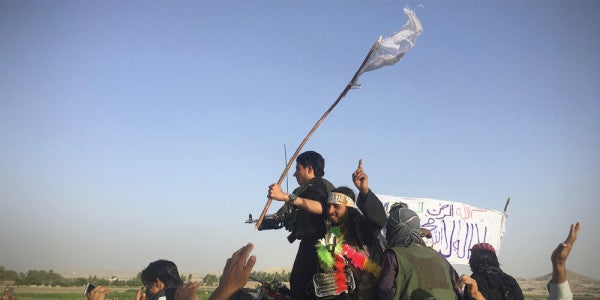 KABUL/WASHINGTON/PESHAWAR, Pakistan (Reuters) – The United States and the Taliban will sign an agreement on Feb. 29 at the end of a week long period of violence reduction in Afghanistan, U.S. Secretary of State Mike Pompeo and the Taliban said on Friday.

“Following lengthy negotiations between the Islamic Emirate of Afghanistan and the United States of America, both parties agreed to sign the finalised accord in the presence of international observers,” a Taliban spokesman said in a statement.

Both sides would also make arrangements for the release of prisoners, spokesman Zabihullah Mujahid said.

Separately, Pompeo said in a statement that the United States and the Taliban have been engaged in talks to facilitate a political settlement in Afghanistan and to reduce the U.S. presence in the region.

The agreement will be signed upon the successful implementation of an understanding with the Taliban on a significant and nationwide reduction in violence, Pompeo added.

The agreement could represent a chance for peace in the country after years of war and a U.S. troop presence that dates back to 2001.

U.S. and Taliban negotiators have been meeting in Doha since 2018 even though fighting has raged in Afghanistan and thousands of civilians and combatants have been killed as the insurgents have expanded their territorial control.

“Based on the plan, the reduction in violence (RIV) will start between the Taliban and international and Afghan security forces for one week,” Javid Faisal, spokesperson for the Afghan National Security Advisor, told Reuters.

“We hope it is extended for a longer time and opens the way for a ceasefire and intra-Afghan talks,” he added.

Three senior Taliban leaders – two in Doha and one in Afghanistan – also confirmed to Reuters that they had agreed on reduction of violence in Afghanistan for seven days starting Friday night. All three spoke on condition of anonymity.

One Taliban leader based in Doha told Reuters that the period could not be called a “ceasefire.”

“Every party has the right of self defense but there would no attacks on each other's positions in these seven days,” the Taliban leader said.

“It is to create a security environment in Afghanistan and can be extended if things go well after signing of a peace accord with the U.S.,” he added.

Officials privy to the talks had said last week that an agreement with the Taliban would be followed by negotiations on an intra-Afghan political settlement between the Taliban and an Afghan delegation that would include government officials.

The Taliban have previously refused to speak directly to the Kabul government, which they denounce as a U.S. puppet.

Afghan forces will keep up normal military operations against other groups such as Islamic State, during the RIV period, Afghan spokesman Faisal said.

He added that Afghan forces will also retaliate against the smallest violation of the understanding by the Taliban.

“Local government and security officials have been instructed by the president himself on how to follow the regulations agreed upon for the RIV period,” he said.