The rise of Mullah Yaqoob, the Taliban’s new military chief

The selection of such an inexperienced commander has also hinted at possible divisions within the Taliban, which has undergone bitter leadership transitions and growing internal dissent in recent years. 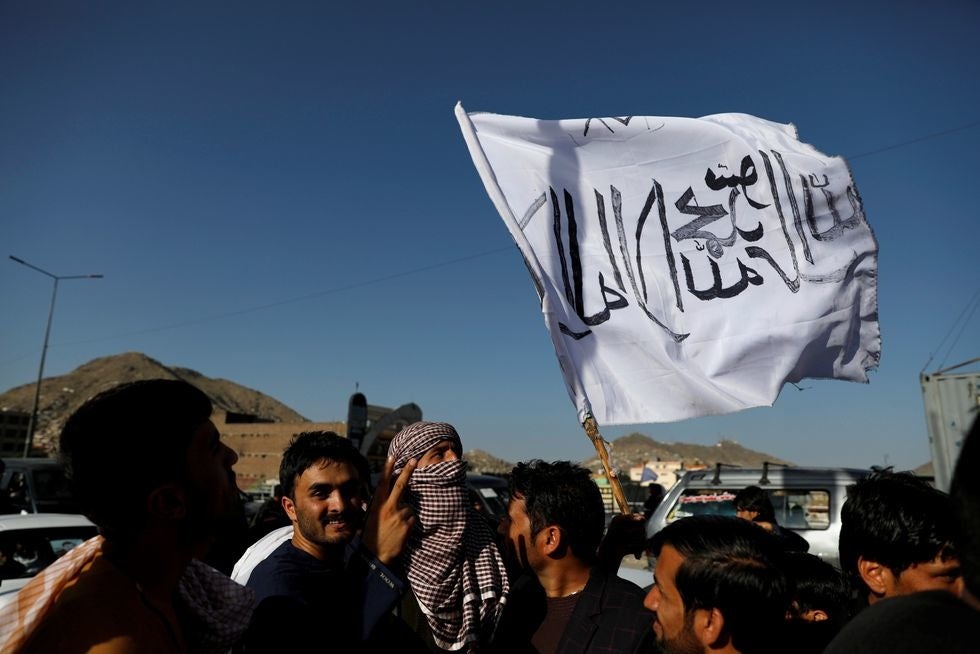 Mohammad Yaqoob was virtually unknown five years ago when the Taliban disclosed the mysterious death of his father and its founder, Mullah Mohammad Omar.

The Taliban acknowledged that its spiritual leader had been dead for more than two years, soon after Afghan intelligence said he had died of illness in 2013 at a hospital in neighboring Pakistan, from which the reclusive, one-eyed leader had commanded the insurgency in Afghanistan.

In his first-ever public statement at the time, the twentysomething Yaqoob called for unity within the Sunni extremist group and dismissed rumors that his father's death was the result of an inside job.

Since that first audio message in 2015, the ambitious Mullah Yaqoob has soared through the Taliban's ranks. He has consolidated power since his failed bid to succeed his father that year, first becoming deputy leader before more recently being handed the powerful post of military chief.

The military appointment in May of Mullah Yaqoob, who is thought by some outsiders to support the peace process, followed the signing of a landmark deal between Taliban and the United States in February aimed at withdrawing foreign troops and ending the 18-year insurgency.

But the selection of such an inexperienced commander has also hinted at possible divisions within the Taliban, which has undergone bitter leadership transitions and growing internal dissent in recent years.

Antonio Giustozzi, a Taliban expert with the Royal United Services Institute in London, describes Mullah Yaqoob as part of a moderate camp that favors a negotiated end to the war.

Under the U.S.-Taliban agreement, international forces should withdraw from Afghanistan by May 2021 in exchange for counterterrorism guarantees from the Taliban, which pledged to negotiate a permanent cease-fire and power-sharing deal with the Afghan government.

Under Mullah Yaqoob's leadership, the Taliban appears to have been upholding its commitment not to attack departing U.S. forces. The militants, however, have failed to fulfill a pledge to renounce the Al-Qaeda terrorist network behind the 9/11 attacks, a longtime ally.

Meanwhile, the Taliban has intensified attacks on Afghan government forces and sought to seize more territory, despite widespread calls for the militants to reduce violence.

Experts speculate that the escalating violence might be an attempt to appease more hard-line elements in the Taliban who view the U.S. deal with suspicion.

“The moderates are committed to showing a tough Taliban face to Kabul, perhaps as a trade-off for having been given more prominence,” said Giustozzi, who has written numerous books on the Taliban.

The more moderate camp includes Mullah Abdul Ghani Baradar, a co-founder of the Taliban and a former deputy to Mullah Omar. Baradar, who spent years in a Pakistani prison, recently served as the Taliban's political chief and head negotiator in talks with the United States.

The shakeup was seen as an attempt by Mullah Haibatullah Akhundzada to remove potential spoilers and tighten his grip on the group's military and political wings ahead of peace talks with the Afghan central government.

Giustozzi said Mullah Yaqoob had the strong backing of Saudi Arabia, a U.S. ally and Iran’s regional archrival, adding that Riyadh was providing him with tactful support. “The Saudis and the U.S. wanted people who were too close to Iran out,” Giustozzi said.

Sadr is said to be among a number of commanders and factions that support continued fighting against Afghan and foreign troops.

A new breakaway Taliban faction that has close links to Iran and opposes peace has emerged in recent months. The Hezb-e Walayat-e Islami (Party of Islamic Guardianship) is believed to have split from the mainstream Taliban soon after the deal was reached with the United States. The faction is believed to include supporters of Sadr.

Other Iran-linked Taliban leaders who oppose peace efforts include Mullah Qayum Zakir, a powerful battlefield commander and the former military chief of the Taliban until 2014. A former inmate in the infamous U.S. prison at Cuba's Guantanamo Bay, Mullah Zakir has the backing of some hard-line field commanders.

Before 2015, Mullah Yaqoob did not even have an official position in the Taliban.

He was a graduate of several hard-line Islamic seminaries in Pakistan's port city of Karachi, where his family had resided since the U.S.-led invasion of Afghanistan toppled the brutal Taliban regime in 2001.

But experts say the prestige of being Mullah Omar's eldest son elevated his standing among the Taliban's field commanders and its rank and file.

“Mullah Omar was a charismatic leader and there remains huge respect for him, his family, and even his close associates, many of whom have been promoted to influential positions,” said Obaid Ali, an expert on the insurgency at the Afghanistan Analysts Network, an independent think tank in Kabul.

The Taliban is thought to earn as much as $1.5 billion annually from the opium trade, illegal mining, extortion, and donations from abroad. And many Taliban leaders own businesses and property in Pakistan.

Mullah Yaqoob was promoted to the Taliban's leadership council in 2015, soon after his father’s death. An uncle, Mullah Abdul Manan, was also elevated to the council, which is based in the southwestern Pakistani city of Quetta, near the Afghan border.

Mullah Yaqoob was appointed as head of the Taliban's military commission for 15 of Afghanistan's 34 provinces.

Mullah Mansur was accused of covering up Mullah Omar's death and assuming leadership of the extremist group without formal approval. He struggled to reconcile feuding factions, with some commanders splitting from the group and challenging his leadership.

Mullah Akhundzada, a low-key Islamic scholar who was Mullah Mansur's deputy, was appointed as the new leader soon afterward, although his selection was also opposed.

Despite his elevated positions, Mullah Yaqoob is not believed to be widely admired among the militant group or its followers. An Afghan intelligence official who spoke on condition of anonymity described Mullah Yaqoob as a “shrewd young man who is somewhat entitled and self-centered.”

As someone raised outside his homeland, Mullah Yaqoob is “unaware of the realities in Afghanistan,” an Afghan security official told RFE/RL on condition of anonymity.

Afghan intelligence says Mullah Yaqoob was trained in guerrilla warfare by the Pakistan-based militant group Jaish-e Muhammad, which has been blamed for deadly attacks on Indian targets in Afghanistan and the disputed Himalayan region of Kashmir, where archrivals Islamabad and New Delhi have fought three wars.

Pakistan's military leadership has long been accused of backing Afghan and Kashmiri militant groups to achieve its strategic goals in the region.

Related: The Taliban didn't shoot at US forces in Afghanistan a single time for three months, DoD claims