Why Afghans Are Uncertain More US Troops Is The Right Solution

President Donald Trump is expected to decide this month whether to send more U.S. troops to Afghanistan, where a strengthening... 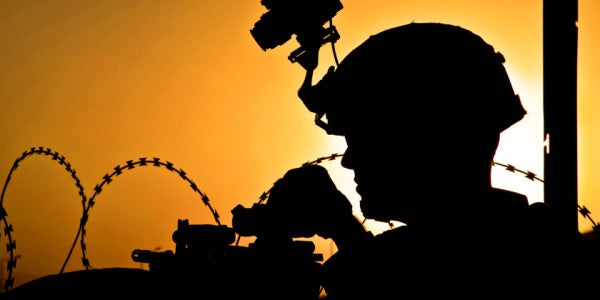 President Donald Trump is expected to decide this month whether to send more U.S. troops to Afghanistan, where a strengthening Taliban insurgency threatens the 15-year war effort.

Pentagon officials are drawing up plans to add 3,000 to 5,000 personnel to the U.S.-led NATO training mission, arguing that the extra troops could work more closely with Afghan soldiers and police, who are suffering heavy casualties, and force the Taliban to the negotiating table.

Trump has rarely spoken about the Afghan conflict, the longest in U.S. history, but a massive bombing that targeted Islamic State last month signaled that the White House has given military commanders broader authority to use force.

Afghan President Ashraf Ghani and his top lieutenants also support a U.S. troop increase as violence has increased — and the Taliban has grabbed control of roughly 40 percent of the country — since Afghan forces took responsibility for security in January 2015.

About 9,800 U.S. troops are in Afghanistan, the fewest since the months immediately after the 2001 American-led invasion. President Barack Obama increased the U.S. troop presence to nearly 100,000 before beginning a phased withdrawal in 2012.

The American personnel are focused on training and advising Afghan security forces, although U.S. troops are increasingly being drawn into direct combat against the Taliban and Islamic State loyalists.

For Afghans who have endured nearly four straight decades of conflict, the prospect of additional U.S. troops is deeply controversial. Some view it as a much-needed lifeline for a flailing government; others worry it will add fuel to the insurgency and extend a war that has already killed more than 30,000 civilians.

Here is a sampling of their views:

Ahmad Shaheer, a social activist in Kabul, the capital, said more troops won’t necessarily mean greater security. Afghanistan, he said, once had 10 times the current number of U.S. troops and much more international military equipment — and they did not bring peace.

Shaheer also believes that Afghanistan’s economic struggles and persistent unemployment help the insurgency recruit jobless young Afghans to its cause.

“A solid improvement (in security) depends on extensive action in different fields, such as making Afghanistan self-sufficient economically and militarily,” Shaheer said.

“With more troops, the number of terrorists would also increase. And I’m afraid that the war won’t end if the U.S. sees adding troops or focusing on counterterrorism as the only solutions.”

There are pluses and minuses to the prospect of a few thousand more U.S. troops, he said.

“It’s good for the Afghan security forces to get more support,” Amarkhail said. But the benefits could be limited because of the resilience of the Taliban and allied insurgents.

Since U.S.-led NATO forces departed a military base in the eastern province of Ghazni in 2014, Lt. Sediq Serat said, Afghan soldiers have faced a shortage of ammunition, delays in repairing vehicles and transferring wounded soldiers, and more corruption.

“Our international advisers were taking immediate action to solve our problems,” Serat said by phone from Ghazni. “They were writing down our essential needs when they visited our camps and bases and telling their commanders, and we were getting quick results.”

Serat said that his unit was still relying on the weapons, artillery, ammunition and training that the NATO forces left behind in 2014.

“I wish the (troop) increase would be 10 times more than the number that is being considered,” he said.

Fariha Khoshiwal, an agriculture student at Kabul University, said more U.S. troops will only prolong the conflict that has raged for two-thirds of her young life.

“Whenever the decision to send more international troops comes out, the Taliban intensify their attacks,” said Khoshiwal, 22. “In any military operation by the Afghan security forces or U.S. troops, or in terrorist attacks by the Taliban or Islamic State, it is mostly civilians who suffer casualties.

“We want an end to this war, not an increase of troops.”

“We don’t have a clear definition of the enemy,” said the 25-year-old Nazim as he left classes. “Sometimes our politicians call the Taliban brothers, some others call them enemies. Even the international community doesn’t have a single definition for the Taliban: Sometimes they put their names on a blacklist and target them everywhere, but at the same time they allow them to open an office abroad.”

Nazim was referring to the establishment of a Taliban political office in 2013 in the Persian Gulf nation of Qatar, which was supposed to facilitate the insurgents’ entry into peace talks. But hopes for negotiations between the Taliban and the Kabul government have dimmed as violence worsens.

“In such a scenario, the increase of troops will not have any positive effects because we had (many) times more troops in the past,” Nazim said.

He said top officials continue to enrich themselves with logistical contracts and appoint the relatives of former warlords to key positions, bypassing career professionals.

“What’s keeping Afghanistan from victory is corruption. The priority should be to focus on the main threats that come from inside and support initiatives that are helping to fight corruption — and most importantly the culture of impunity, which is inherited from four decades of civil war,” Kaleem said.

“Although 5,000 (more troops) is not a big number, that could make a significant change in security, it would have some impact,” Ghafari said as he drove through the city in his lovingly maintained Toyota hatchback.

If he were defense minister, Ghafari would spread additional U.S. forces across each of Afghanistan’s 34 provinces.

“I think about 500 troops should be placed in each province to directly launch ground operations, because Afghan forces have been suffering heavy casualties since U.S. troops withdrew from the battlefield,” he said.

Shabeer Ahmad Ibrahimi, a university lecturer in Islamic law, said the war can be resolved only by Afghans, not international forces.

Since a deployment of more than 100,000 foreign troops couldn’t bring peace, the 33-year-old Ibrahimi said, Afghanistan should hold a grand jirga, or conference, of representatives of the government, militant factions and ethnic groups to arrive at a peaceful settlement.

“The situation in Afghanistan has no military solution,” he said.