Although more than 50 years have passed since Sherry Sullivan’s father went on a five-day work trip and never came... 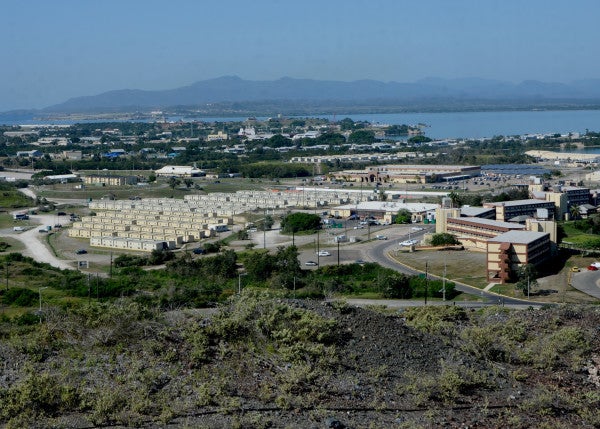 Although more than 50 years have passed since Sherry Sullivan’s father went on a five-day work trip and never came home, it is still hard for her to keep from crying when she remembers him.

“Little girls love their dads. My dad, to me, was bigger than life,” Sherry Sullivan said of her father, Geoffrey Francis Sullivan, a pilot she believes was shot down over Cuba and tortured and imprisoned there for decades. “He shouldn’t be forgotten.”

Sherry Sullivan has spent 32 years actively searching for her dad, in that time accumulating about 100,000 pages of often heavily-redacted information about him. She also has filed lawsuits against various American government agencies and Cuba, and she won by default a $21 million wrongful death judgment against Cuba in 2009 in Waldo County Superior Court.

A federal court in 2012 dismissed her claim against the island nation because her lawyer was unable to verify that he had successfully notified Cuba of the judgment despite efforts to serve papers through the Swiss embassy and through Spain, the United Kingdom, Canada and other countries with which Cuba had diplomatic relations.

RELATED: 5 Cold War mistakes that nearly killed us all »

However, the diplomatic relations between Cuba and the United States that had been severed since 1961 were restored last summer with the reopening of the American embassy in Havana. In the months since then, the two countries have begun to cooperate on law enforcement and other issues, and last month, Sherry Sullivan’s attorney, David Van Dyke of Lewiston, filed suit against Cuba in U.S. District Court in Bangor to enforce the 2009 Maine court judgment.

Multiple phone calls made by the Bangor Daily News to Van Dyke in the last two weeks have not been returned.

Geoffrey Sullivan, whose family was from Waterbury, Connecticut, met his wife when he was stationed at Loring Air Force Base in Limestone. Although the family was living in Connecticut when the pilot disappeared, as a teenager, Sherry Sullivan moved to Allagash, where her mother was from, and she is now in the process of moving to Sherman after spending years in the midcoast area.

Sherry Sullivan said she is hoping that the changing political climate between the U.S. and Cuba will lead to answers to the questions she’s been asking for so long.

And more than anything, she would like to get her father’s remains back so she can bury him.

“I’m hoping that I’ll be able to find out what happened to my father,” she said. “It’s a matter of principle for me. For justice for my father. Whether money comes out of it or not, that never was the point.”

When Geoffrey Sullivan disappeared in September 1963, the 29-year-old was an Air Force veteran with a commercial pilot’s license. While serving in the Army National Guard, he met Alexander Irwin Rorke Jr., a New York newspaperman who was believed to be an operative of the CIA. Rorke reportedly ran guns to Cuba, and the two men took off from Mexico in a twin-engine plane before their disappearance.

The official story was that their plane disappeared over Central America, but Sherry Sullivan strongly maintains her father was imprisoned in Cuba for many years and later executed as a spy.

She said that in 2002, the U.S. Department of Veterans Affairs issued her dad a grave marker that was placed in the Garden of Remembrance at the Veterans Memorial Cemetery in Augusta, which is dedicated to those missing in action. Her father’s life was additionally remembered when Gov. John Baldacci proclaimed Sept. 23, 2003, “Forgotten Families of the Cold War Recognition and Appreciation Day.”

When former Waldo County Superior Court Justice Jeffrey Hjelm ruled in Sherry Sullivan’s favor in the 2009 wrongful death judgment, he cited reports from witnesses that placed the downed pilot in Cuba. One American who had been imprisoned in Cuba said that he had been detained in a cell next to Geoffrey Sullivan.

She said she’s been working with officials from the U.S. State Department and with some of Maine’s elected officials in an effort to get more answers.

Van Dyke, her attorney, told the BDN in 2012 that if the United States normalized relations with Cuba, this and other judgments likely would be settled, though the actual payments might be significantly less.

Sherry Sullivan, who became a licensed private investigator and founded a group called Forgotten Families of the Cold War during her long quest for answers, is hoping that the new lawsuit will at the very least lead to more information.

“I just want to find out what happened to my dad, and I’ve exhausted all the other avenues,” she said. “It helps to keep the story alive.”