After Guantanamo Closure, What Comes Next?

In a special report from Defense One, Molly O’Toole covers the last-ditch effort to close Guantanamo Bay and the lingering … Continued 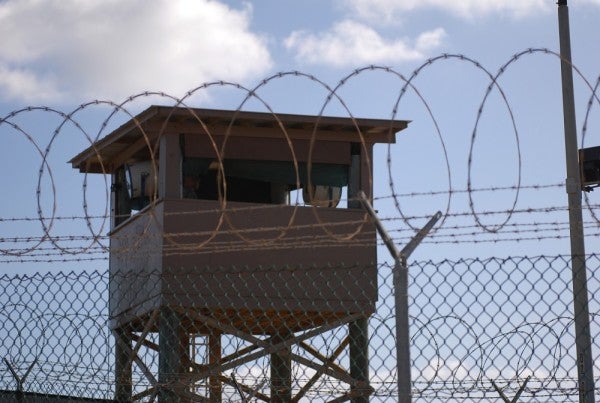 In a special report from Defense One, Molly O’Toole covers the last-ditch effort to close Guantanamo Bay and the lingering question of what to do with future prisoners of the Global War On Terror — a war that has no foreseeable end.

“For years, Congress has blocked efforts to empty the prison, drawing White House veto threats that ultimately proved empty. But in May, Obama met in secret with an unlikely ally: Sen. John McCain, the president’s chief congressional critic and yet a long proponent of closing Guantanamo. Now the chairman of the Senate Armed Service Committee, McCain worked language into the 2016 defense authorization bill that would allow the president to move the remaining prisoners and shut the gates — if the White House submitted a plan, something he has wanted for years.”