The Pentagon's Inspector General announced Wednesday that it will investigate the troubled Sexual Assault Prevention and Response Office at the... 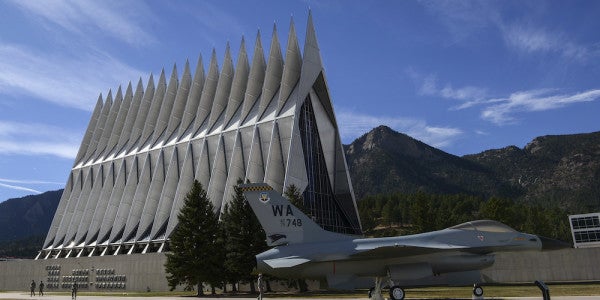 The Pentagon's Inspector General announced Wednesday that it will investigate the troubled Sexual Assault Prevention and Response Office at the Air Force Academy.

It's the third probe into issues with the office, whose leaders, the Air Force found last year, failed to care for victims and were called “derelict” by investigators.

The new investigation will examine whether the office can “respond to, support, and provide victim care to cadet victims of sexual assault,” the Pentagon said.

The latest investigation comes after congressional scrutiny hit the school following revelations about the sexual assault office first reported in The Gazette last fall. The issues with the office were detailed in a 560-page report released under the Freedom of Information Act.

Academy spokesman Lt. Col. Allen Herritage said the school thinks the new probe will help it improve how it deals with sexual assault.

“We look forward to working with and learning from the DoD IG in their evaluation of all aspects of the United States Air Force Academy's Sexual Assault Prevention and Response Program,” Herritage wrote in an email. “The findings of this will be an opportunity to assess our ability to prevent this crime and deliver the vital care for victims and we welcome that.”

Related: The Military Has Been Fighting Sexual Assault In Its Ranks For Decades, But Women Say It’s Still Happening »

The report called for the firing of the office's former boss, Teresa Beasley, and revealed an office atmosphere that witnesses compared to a toxic high school. The report said victims were ignored as employees of the office filed claims and counterclaims against each other.

The academy has since rebuilt the office with new employees. But that didn't slow down lawmakers who want answers.

The inspector general's probe will likely take six months or more as investigators quiz witnesses and rifle through piles of paperwork.

Related: What Happened After I Spoke Out Against Sexual Harassment In The Marines »

The investigation also is expected to be wider than earlier looks at the sexual assault office. It will incorporate an examination of the Office of Special Investigations at the academy to determine if it properly investigates assaults and also examine the school's mental health care system.

Investigators will also examine whether some sexual assault victims were unfairly discharged from the school.

Herritage said the school has made big strides in addressing sexual assault.

“We have taken numerous steps to address the issues that we identified in the SAPR office and to increase our overall ability to respond, support, and provide victim care at the academy,” he wrote. “We continue to transparently scrutinize our efforts as we strive to develop a culture of dignity and respect at the academy.”