A special operations pilot at the Air Force Academy is accused of rape, rape of a child and three counts of sexual abuse of a child 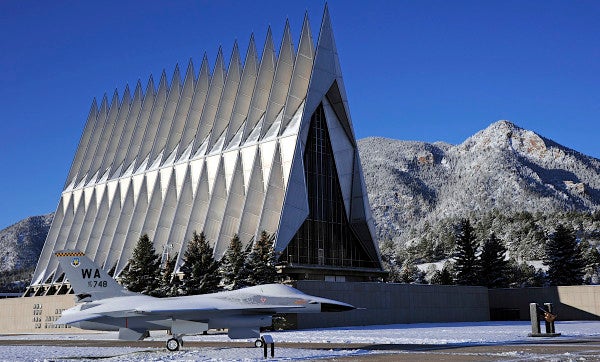 A special operations pilot at the Air Force Academy is accused of rape, rape of a child and three counts of sexual abuse of a child, the school said Thursday.

Maj. Travis J. Burns will appear in military court Monday for an Article 32 hearing, which “is similar to a civilian grand jury proceeding,” an academy news release says. “The primary role of the hearing is to determine if probable cause exists to support the charge and its specifications.”

A preliminary hearing officer presides over the hearing and submits a report of the proceedings with recommendations to the special court-martial convening authority — in this case, the commandant of cadets. The commandant will decide whether to dismiss the case, recommend that it be referred to a general court-martial or “dispose of the case through other disciplinary or administrative action,” the release says.

The child involved in the alleged rape and repeated sexual abuses was under the age of 12, Burns' charge sheet shows. Those alleged crimes happened in 2017 and 2018 in Colorado Springs.

An earlier rape is alleged to have occurred in December 2013 near Clovis, N.M., and involved a woman.

Burns is assigned to Cadet Squadron 23 at the academy, military records show. His title is chief of plans and programs.

Special operations airmen are tasked with “being mentally tougher, physically stronger, and ardently committed to serving our country and protecting our freedom,” the Air Force's website says. “A job for the best of the best, this elite team of heroes goes where others won't because they are trained and ready to do what others can't.”