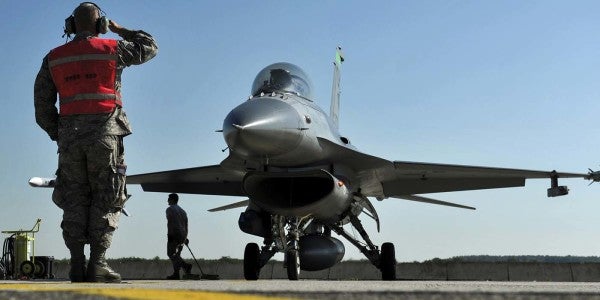 Air refueling tankers are in Afghanistan for the first time in about five years, and the theater has just welcomed more F-16 Fighting Falcons to the area of responsibility, they said.

“We just plussed up our number of fighters. We had 12 F-16s; we now have 18,” said Harrigian, who oversees missions at the Combined Air Operations Center at Al Udeid Air Base, Qatar.

“Our close-air support role continues and, as you look at the strategy coming forward, we're actually right now working with [Commander of U.S. forces in Afghanistan] Gen. John Nicholson's staff on how to best synchronize his advise-and-assist strategy going forward to optimize the placement of the air assets,” he said.

Harrigian said there has been a large focus in the northeastern part of Afghanistan in provinces such as Kunar and Kunduz. “But there's a recognition that we're going to have to distribute our force, and that's going to require a lot of airpower support.”

The emphasis will be on supporting ground forces as they position throughout the country. And Harrigian plans to “optimize” drones, such as MQ-9 Reapers, operating in the area.

Does that mean more remotely piloted flight time? Not necessarily, he said.

It's about, “are we optimizing them to understand the enemy and then be in the position to take advantage of what we're seeing to pressure the enemy?” Harrigian said.

President Donald Trump on Aug. 22 announced the U.S. will send more troops to Afghanistan to step up the fight against the Taliban and the offshoot of the Islamic State of Iraq and Syria called Islamic State-Khorasan province, or IS-K.

The president would not cite specific numbers, but defense officials have said 3,500 to 5,000 additional troops are likely as part of the plan, which has been endorsed by Mattis.

While plans are still in flux, he noted, “There's going to be opportunities to better support the Afghans and our own force as we distribute across the battlespace.”

Meanwhile, Gen. Carlton Everhart II, head of Air Mobility Command, confirmed Tuesday that the service has sent a number of tankers back to the theater.

Everhart — who didn't disclose how many, or if they were KC-10 Extenders, KC-135 Stratotankers, or both — said roughly three weeks ago the refueling craft came from outside the Middle East.

“They're flying in there, and it's economies to scale … it's getting gas up in the air faster to support troops in contact with and it's proven itself well right now,” Everhart said.

The aircraft reshuffling comes as U.S. warplanes have dropped the most weapons in a single month since 2012, according to newly released figures.

Aircraft including F-16 fighter jets and MQ-9 unmanned aerial vehicles have dropped more than 2,000 bombs this year, already almost doubling the number of weapons released during all of last year, according to Air Forces Central Command's latest airpower summary.