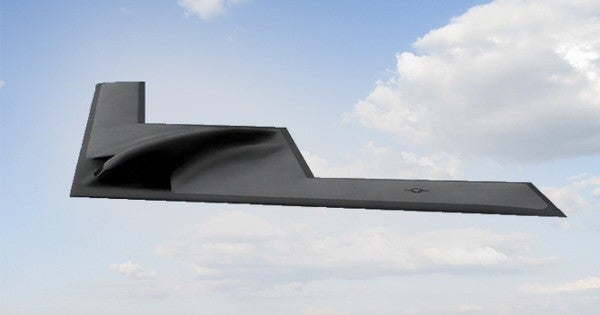 Wilson discussed the bomber during a speech at an AFA Mitchell Institute in Washington, DC, saying, “Don't hold me to it, but it's something like 863 days to first flight,” and that he was “counting down the days” using an app on his phone. The Air Force did not immediately confirm the timeline to INSIDER.

Little is known about the new bomber, which is being built by Northrop Grumman, with the Air Force Rapid Capabilities Office managing the project. It's named for Doolittle's Raiders who led bombing raids in Japan during World War II. It will be able to carry both conventional and nuclear payloads, and will be the military's second stealth bomber, along with the B-2, which is set to retire sometime in the 2030s.

According to Foxtrot Alpha, the B-21 Raider will also be a ghost bomber — capable of flying without a crew inside. Each plane will cost $550 million.

Wilson said the Air Force would require at least 100 B-21s, but it hasn't figured out whether the service will keep using the B-1 and B-2, or opt to rely on the new B-21 and the B-52H Stratofortress, a long-range, multirole, subsonic heavy bomber set to retire in the 2050s.

The B-21 passed its Critical Design Review, an important milestone in weapon construction, in December, according to Popular Mechanics.