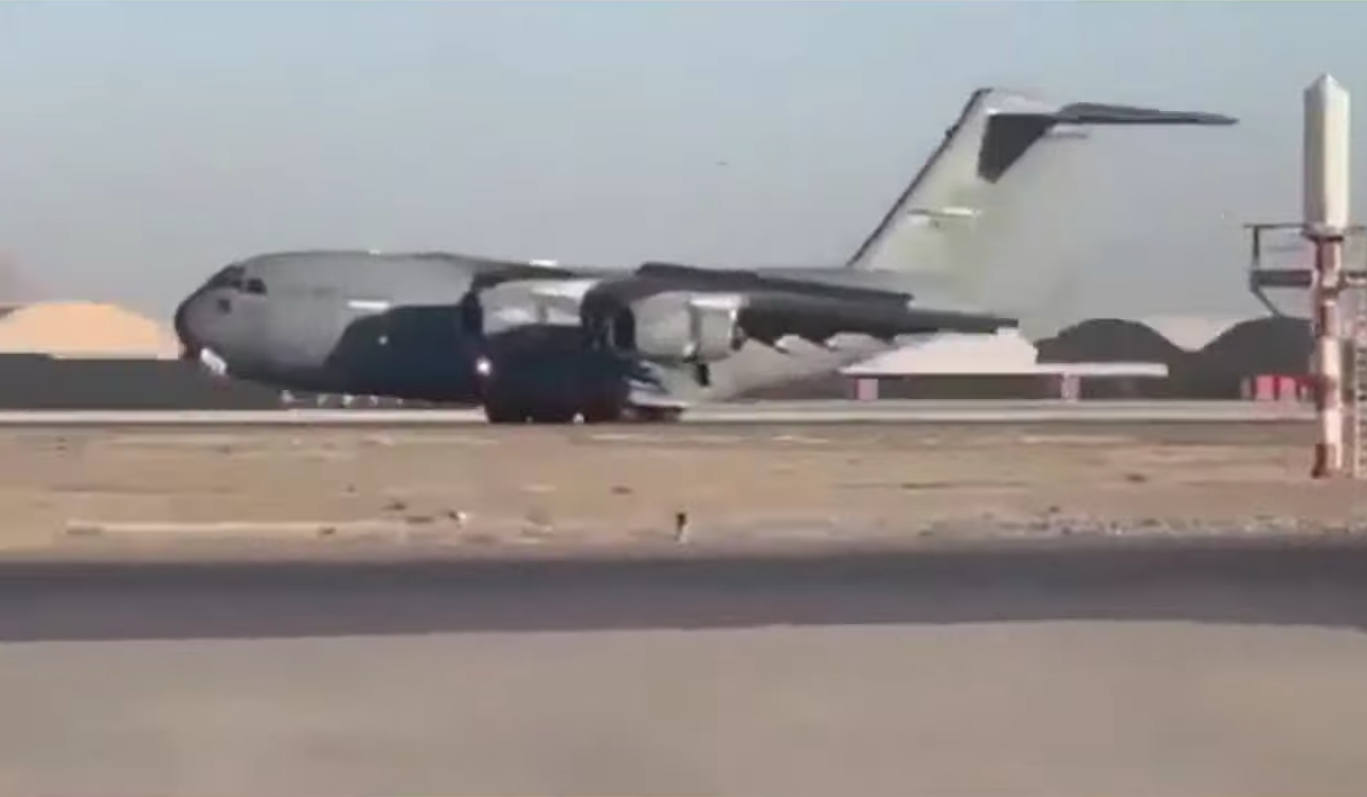 A video posted on YouTube shows the incident in living color, and boy is it worth a gander:

Though the Air Force has yet to release many details about the incident, U.S. Forces – Afghanistan spokesman Col. Sonny Leggett confirmed on Twitter on Sunday that a C-17 Globemaster made an emergency landing at Kandahar that morning.

No injuries were reported and no enemy activity was involved, Leggett said, and the incident is under investigation.

A U.S. Air Force C-17 Globemaster made an emergency landing at Kandahar Airfield this morning. No injuries have been reported and the airfield is open only to military traffic. Enemy activity was not involved. The incident is under investigation.

What requires no investigation, however, is the fact that the C-17 pilot in the video can really perform under pressure, bringing the 141-ton aircraft down smoothly despite the lack of nose-mounted landing gear.

And those 141 tons are just if the C-17 was unloaded: since it is a cargo aircraft, there is a good chance it was even heavier on this landing. The maximum payload of a C-17 is about 82.5 tons, according to manufacturer Boeing.

From photos of the C-17 that appear at the end of the YouTube video, the aircraft appears to be assigned to the 62nd Airlift Wing and its reserve associate unit, the 446th Airlift Wing, both of which are stationed at Joint Base Lewis-McChord Washington.

Whoever the pilot is, somebody please buy that guy or gal a refreshing beverage. They’ve earned it.

Related: 4 US service members injured in C-130 mishap at Camp Taji in Iraq