The U.S. Air Force in recent weeks took 60 C-130H Hercules aircraft out of service to examine and replace engine propeller blades that inspectors deemed risky because the blades were manufactured before 1971 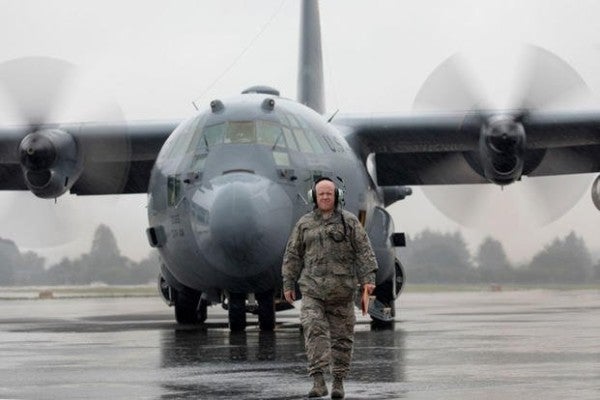 The U.S. Air Force in recent weeks took 60 C-130H Hercules aircraft out of service to examine and replace engine propeller blades that inspectors deemed risky because the blades were manufactured before 1971.

Lt. Gen. Timothy Fay, deputy chief of staff for strategy, integration and requirements for the service, on Thursday revealed that officials had blades on 60 aircraft inspected and many “removed” for the safety issue.

“We removed those propellers from the fleet … and 55 of those 60 have been replaced, and the last five should be complete this week,” Fay said during a House Armed Services Subcommittee on Seapower and Projection Forces hearing.

It took roughly a month to inspect the blades on the 55 C-130H aircraft, said service spokeswoman Ann Stefanek. The maintenance checks began Feb. 4.

The five remaining aircraft still in depot are down for routinely scheduled maintenance and will have their propellers examined and replaced as part of the preplanned work, Stefanek said. In all, 60 aircraft were affected, but the number of blades permanently discarded was not disclosed.

The review was prompted by a KC-130T crash that killed 15 Marines and one Navy corpsman in 2017. A corroded propeller blade — improperly maintained by Air Force maintenance crews in 2011 and later overlooked by the Navy, according to officials — set off a series of events that would result in the KC-130T aircraft coming apart in three pieces before it fell to the ground on July 10, 2017, in a LeFlore County, Mississippi, field, killing all on board.

In January, Air Force Chief of Staff Gen, David Goldfein commissioned another senior-level review board to sift through the investigation's findings and all actions taken since the KC-130T crash.

Analysts were able to determine, based on the documentation, that 22 out of 23 blades that had historically been affected by corrosion were manufactured by or before 1971. Those 23 blades are no longer in service, officials said.

We “have 15 million hours flying on this fleet,” which has been operating for 60 years, he said. “So we have mounds of data, and we dug into that data and dug after this problem.”

Stefanek said the majority of the 60 aircraft were in the Air National Guard, though a handful were in the active-duty and reserve components.

“Some were fixed within days. Others, based on maintenance workload … may have taken longer,” she said Thursday.

The Air Force was able to “continue the mission” across its C-130H inventory despite the stand-down for inspections, she said.

Each unit has had to manage their schedules appropriately, but worldwide operations were not affected, Stefanek said.

The Air Force has 188 C-130H models in its inventory for airlift transport only, according to the Air Force Association's 2018 Almanac.

It was not immediately clear whether similar inspections have begun for the Air Force's other actively flying C-130H variants, such as the WC-130H, a Hercules converted for weather reconnaissance; EC-130H Compass Call, an electronic warfare variant; the special operationsMC-130H Combat Talon II; or Arctic mission LC-130H Hercules.

In all, the service has 49 aircraft across those models, according to the AFA Almanac.”This article originally appeared on Military.com