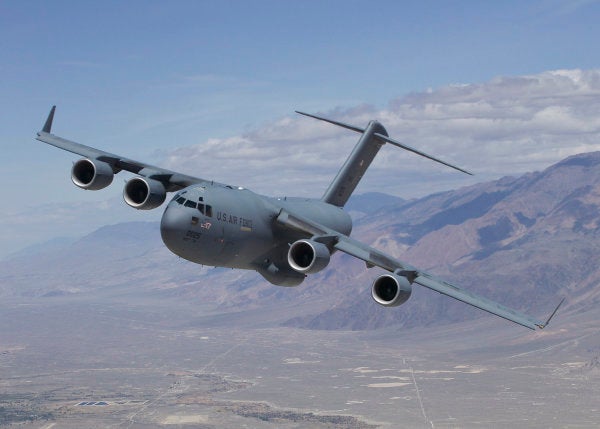 When a C-17 supply plane heading back to the U.S. from Kuwait last spring stopped for fuel near Glasgow, Scotland, its five-person crew stayed at the Trump Turnberry resort 20 miles from the airport, said a report Friday night in Politico.

The Alaska-based crew was surprised at the posh seaside digs. One crew member texted “someone close to him” a picture of the pricey resort and noted that the crew's per diem allowance wasn't enough to cover the food and drink tab.

Usually C-17 crews refuel at US bases like Ramstein Air Base in Germany, or the U.S. Naval Air Station in Rota, Spain. Fuel is cheaper at the bases than at Glasgow Prestwick Airport, where the Alaskan crew stopped, Politico noted.

If they need to stay off-base, the Pentagon puts up crews at inexpensive hotels picked by midlevel officers — none as ritzy as Trump's resort. “Master sergeants are cheap,” an Air Force official told Politico.

Congressional investigators are looking into the C-17 stopover and other Defense Department expenses that might be helping Trump's Scotland resort.

The expenditures might violate a clause in the Constitution barring Trump from receiving “any other Emolument from the United States ” other than his salary.

House Oversight Committee leaders in June asked the Pentagon for records of its spending at Trump's Turnberry resort and at the financially troubled Glasgow Prestwick Airport, which the committee noted “has been viewed as integral to the golf course's financial success.”

The airport may be another front in the military's push to help its commander-in-chief's business interest.

Since October 2017, the Defense Department “has entered into 629 separate purchase orders for fuel totaling $11 million,” the House Oversight Committee says.

The investigators' interest was piqued by a February report in the U.K.'s Guardian newspaper that said airport executives were making business deals aimed at stemming Turnberry's losses.