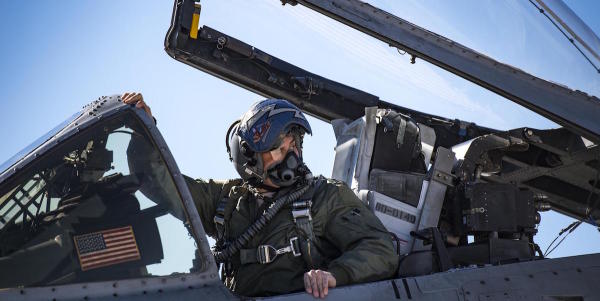 The Trump administration is giving the Air Force the option to return through voluntary programs as many as 1,000 retired pilots to active-duty service, the Pentagon announced.

Through an executive order signed Friday, the measure gives the service more leverage as it attempts to combat the growing pilot shortage in its ranks.

“The Air Force is grateful for additional authority as it works to address its pilot shortage,” Air Force spokeswoman Erika Yepsen said in a statement.

“We can't provide specific details about how we will implement this new authority until we receive guidance from the secretary of defense [Jim Mattis],” Yepsen said.

“However, as the Air Force pursues a variety of initiatives to counter the shortage, it will take care to balance new accessions with voluntary programs for retired and senior pilots to ensure the service maintains a balance of experienced aviators throughout the coming years,” she said.

Officials stress that returning to active duty is strictly voluntary, and the service does not intend to implement a stop-loss measure.

“This is an amendment to an existing authority we already had,” an Air Force official told Military.com on background Friday.

“We have authorities for a whole bunch of things — doesn't mean we use them,” the official said during a telephone call.

And the measure may not be as advantageous as it may seem.

“To recall pilots to active duty, we have a zero sum game … the training pipeline is finite,” the official said.

“A training seat is a training seat. I don't think this will do us some good unless you can bring people on for staff jobs ,” the official said.

That's because — even with the latest measure — the service doesn't intend to put older pilots back in the cockpit.

“We can't get 20-plus years out of an old guy the way you could with a new guy,” the official said.

As a result, the Air Force laid out plans earlier this month to welcome back retired pilots into active-duty staff positions.

The service, through the Voluntary Retired Return to Active Duty Program, or VRRAD, encourages pilots who had held a job in the 11X career field to apply before Dec. 31, 2018.

In an effort to address the increasing pilot shortage, Wilson in July signed off on the program, which aims to fill flight staff positions with those who have prior pilot experience and expertise, thus allowing active-duty pilots to focus on training and missions.

Pilots under the age of 60 who retired within the last five years in the rank of captain, major or lieutenant colonel can apply for VRRAD. The Air Force wants to fill 25 positions for an active-duty tour of one year.

Other initiatives the service is — and has repeatedly been — trying: bonuses.

The Air Force this summer announced it is increasing its flight incentive payand aviation bonus programs — with bonuses of up to $455,000 over 13 years for some fighter pilots.

The bulk of initiatives come at a time when the Air Force is losing many pilots to the commercial aviation industry.