The Chief of Fire Service for the U.S. Air Force has been indicted in U.S. District Court in Milwaukee on... 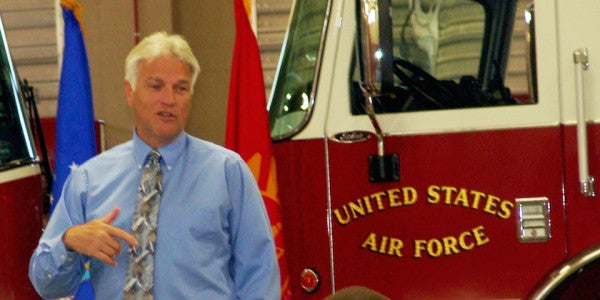 The Chief of Fire Service for the U.S. Air Force has been indicted in U.S. District Court in Milwaukee on accusations he stole more than $100,000 in funds raised for charities and used it for gambling, vacations and to pay off personal credit cards.

James E. Podolske Jr. is accused of defrauding individuals and businesses in soliciting prizes for a golf charity outing intended to benefit charities.

Podolske was in charge of organizing an awards banquet and golfing outing that coincided with the International Association of Fire Chiefs annual weeklong conferences from 2009 to 2012.

During the months leading up to and following the conference, Podolske solicited donations ranging from $100 to $5,000 that were intended for five charities: Toys-4-tots, Parkland Foundation Burn Camp, Military Firefighters Heritage Foundation, The First Twenty and IAFC Scholarship Foundation.

Some donors made checks directly out to the specific charity, others wrote them out to Podolske. According to federal authorities, he forwarded checks written out to the charities but deposited the others into his personal bank account. Donors wrote checks out to Podolske for a total of more than $164,000 and of that, he kept more than $133,000 for personal use, federal authorities say.

Podolske used donor funds to pay off credit cards, fund personal trips, gamble at casinos and pay for various other personal expenses, according to the indictment. The indictment indicates wire transfers from a John Doe bank account in Wisconsin to a bank account in Podolske's name in South Florida.

He was also charged with showing disclosed bid information to a company in order to give the company an edge in a bidding process.