Andrew Green spent four months in jail on a statutory rape after pleading guilty. He retired from the military after being arrested on rape charges. 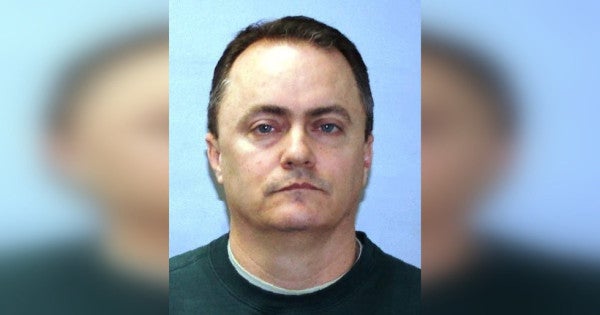 Andrew Green, now 52, of Jamesville, spent four months in jail on a statutory rape after pleading guilty. He became a registered (though not public) sex offender. He retired from the military after being arrested on rape charges.

State Supreme Court Justice Deborah Karalunas Wednesday ruled that Green must pay the victim $125,000 for past and future damages, as well as $25,000 to punish him for taking advantage of the underage victim.

The victim, now 19, filed a lawsuit against Green in February 2017, accusing him of assault and battery. She opted for a judge — instead of a jury — to decide the verdict in civil court.

Karalunas ruled Wednesday that Green's actions amounted to battery because they were “outrageous and shocking beyond all reasonable bounds of decency.”

Lawyers Tim DeMore and Phil Dysert described the verdict as a “win” for the woman, because a judge had now ruled that her accusations against Green were credible. In criminal court, Green had pleaded guilty before the victim took the witness stand.

In her civil case, the victim testified that Green had sex with her 30 times in 2015. That's far more than what prosecutors had known about when they accused Green of three statutory rapes in 2016.

There was also proof that Green and the victim had contributed to a Google Doc file that amounted to a script of what they should say if they got caught. The victim testified that she had lied to everyone about what happened because she didn't want Green to “be hurt or suffer,” the judge noted. “She believed it was her fault.”

DeMore said the girl had only disclosed the extent of the abuse to her therapist, which is why prosecutors weren't aware of the other allegations.

But defense lawyer David Zukher argued that none of the sexual encounters were physically forced and suggested that the standard of someone being too young to consent did not apply in civil court. Green testified that he had sex with the victim nine times.

In her ruling, Karalunas said she found the victim's account of 30 sexual encounters, not Green's account of nine, to be credible. She also rejected Zukher's argument that the age of consent didn't apply in civil cases.

Battery, the judge said, was defined as intent to cause bodily contact that a reasonable person would find offensive. Statutory rape fits the bill, she said.

In reading her 20-minute decision, the judge described in detail the relationship between the victim and perpetrator. Syracuse.com | The Post-Standard does not publish details that might tend to identify the victim of sexual abuse.

As rumors spread, the judge noted the victim was shunned and bullied at school. She was shunned and abandoned by almost all of her friends, suffered from anxiety and depression and shut herself in her room for months.

The victim lost a significant amount of weight and suffered from sleeplessness. She turned to self-mutilation, the judge said.

She continued to blame herself after starting counseling. But after a few sessions, she began to realize it wasn't her fault, the judge said.

Perhaps her darkest day was yet to come, though. The girl herself described what happened next at Green's criminal sentencing in 2017.

She recalled drinking herself into a stupor. She went down to a creek with her best friend. She drank two more bottles of beer she pulled out of a paper bag.

The only thing she remembered after that was being dragged out of the creek by her friend. She woke up in a hospital with a 0.14 blood-alcohol content.

In court Wednesday, Judge Karalunas described that incident as a “possible suicide attempt.” But that wasn't the extent of the trauma the girl suffered, she said.

The high-achieving student saw her grades plummet. She withdrew from extra-curricular activities. She turned to drinking and cutting herself.

In the years since the abuse, the victim continues to get counseling several times a month, the judge noted. Her mental condition is slowly improving.

But what Green did to her amounted to battery, the judge concluded.

SEE ALSO: The DoD Is Investigating An Air Force Couple For Killing Their Son, Injuring Their Daughter