Editor’s Note: This article by Oriana Pawlyk originally appeared on Military.com, the premier source of information for the military and veteran community. A... 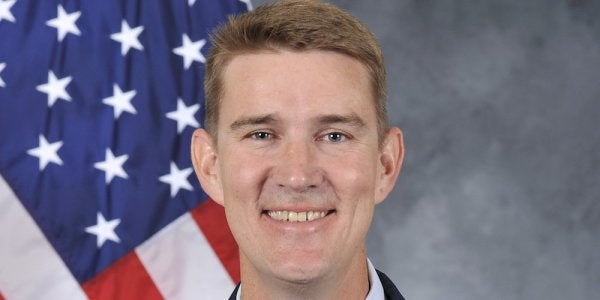 A former U.S. Air Force wing commander fired from his post in December has been charged with sexual assault, maltreatment and cruelty, among other offenses.

“The charges are accusations and Colonel Howard is presumed innocent until proven guilty,” DeCamp said in an email. “To protect the rights of Colonel Howard and the integrity of ongoing legal proceedings, no other information about the case will be released at this time.”

Between July and September 2016 at Royal Air Force Mildenhall, United Kingdom, Howard allegedly committed cruelty and maltreatment by “rubbing his groin” against the senior airman's torso; saying ,”every time I see you, there it is,” alluding to his becoming erect; and saying his penis is “too big” to hide, or words to that effect, the document said.

Howard also said, “you're making me hard,” and that he had to be careful because his erection could be visible through his pants, or words to that effect, it said.

Less than a year later while stationed in Bangor, Maine, Howard is alleged to have sexually assaulted a senior airman by penetrating her with his tongue. Howard also allegedly penetrated her mouth with his penis, without her consent.

Howard also allegedly committed conduct unbecoming an officer and a gentleman between March 2016 and November 2017 by wrongfully and dishonorably engaging in unprofessional conduct with the senior airman, as well as fraternizing with enlisted persons, the charges said.

Howard was relieved of command in December in the midst of an Air Force Office of Special Investigations probe for what officials at the time said were sexual misconduct allegations.

Prior to becoming the 375th commander in July, Howard was the vice commander of the 100th Air Refueling Wing at Royal Air Force Mildenhall, England, for roughly two years.