The Air Force Is Done Testing Its Next-Generation Tanker 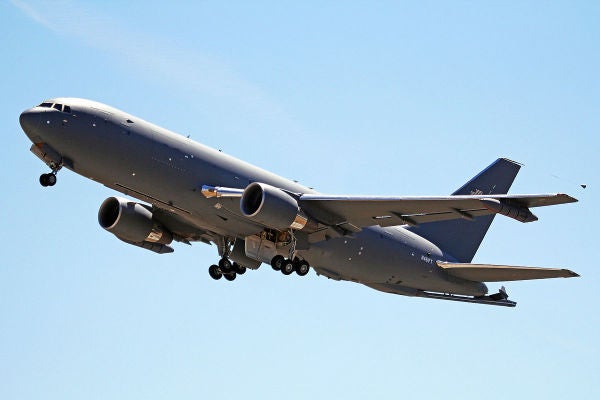 A multi-billion dollar next-generation aerial tanker program managed at Wright-Patterson has completed mid-air refueling tests and awaits the Pentagon’s approval to buy the first batch of aircraft, according to the Air Force.

The Boeing KC-46A Pegasus refueled an A-10 Thunderbolt II on July 15, the Air Force said Tuesday. The refueling test marks the last of six before the Air Force acquires the first 19 aircraft, according to spokesman Daryl Mayer.

A Pentagon decision to proceed with production is expected in August. Wright-Patterson is home to the Tanker Directorate that manages the program.

An initial $4.9 billion contract would cover the cost of the first batch, Mayer said. The Air Force has said it plans to buy 179 new tankers to replace aging 1950s-era KC-135 Stratotankers.

“The Air Force considers the KC-46 a critical capability and it is important we get it right,” Maj. Robert Leese said in a statement Tuesday.

However, a wing tip refueling pod system used by Navy and Marine Corps aircraft is expected to be delivered by October 2018, Boeing has said.

In previous flight tests, a KC-46 has refueled an Air Force C-17 Globemaster III transport, an F-16 Fighting Falcon, a Navy F/A-18 and a Marine Corps AV-8B Harrier. The KC-46 also has been refueled by a KC-10 Extender tanker, Mayer said.