"This is less about the success of beating a human in 2021, but learning about what does it take to build a different kind of system." 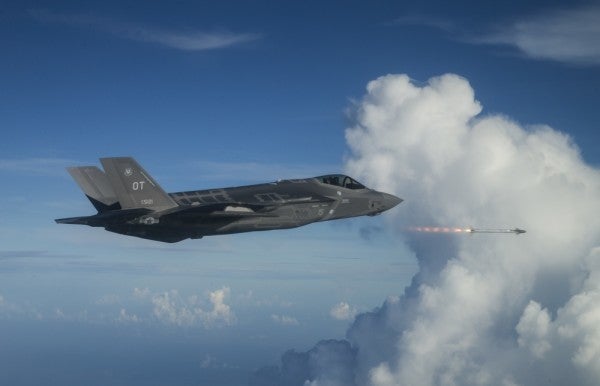 The U.S. Air Force plans to put an artificial intelligence-driven drone up against a fighter pilot in air-to-air combat next year.

Speaking at a Mitchell Institute event Thursday, Shanahan acknowledged that there are “lots of autonomous systems in [the Department of Defense] today,” but “there are very few, and I would say really no significant, AI-enabled autonomous systems.”

He said he envisions a future with smaller, cheaper, more disposable, swarming, AI-enabled autonomous systems. Shanahan revealed that work is currently underway, in partnership with the Air Force Research Laboratory, to develop a drone that could challenge a manned fighter.

Shanahan said that Steven Rogers, the head of autonomy at the laboratory, hopes to field an autonomous system in July of next year “to go up against a manned system in some sort of air-to-air” dogfight. He called the plan a “bold, bold idea.”

He said that Rogers and his team will likely “have a hard time” getting to the point where “the machine beats the human” by next year. “This is less about the success of beating a human in 2021,” Shanahan said, “but learning about what does it take to build a different kind of system.”

Rogers first revealed that AFRL's Autonomy Capability Team 3 was working to develop an unmanned, artificially intelligent fighter aircraft in 2018, Inside Defense reported at the time.

It is unclear what next year's air-to-air battle will look like, assuming it happens. It is also unclear exactly what the AI-driven autonomous drone might look like, but the aircraft could be optimized for performance without having to take into consideration requirements to protect a human pilot.

Another advantage is that it would likely be able to make decisions much faster than a human being.

In February, tech innovator and billionaire Elon Musk tweeted that the competitor to the fifth-generation F-35 Lightning II Joint Strike Fighter, an advanced stealth aircraft, should be “a drone fighter plane that's remote controlled by a human, but with its maneuvers augmented by autonomy.”

Musk said that the F-35 “would have no chance against it.”

During the 2018 interview with Inside Defense, Rogers revealed that AFRL was also interested in augmenting the capabilities of fighter pilots through machine learning.

Explaining that top pilots have thousands of hours of experience, he asked, “What happens if I can augment their ability with a system that can have literally millions of hours of training time?”