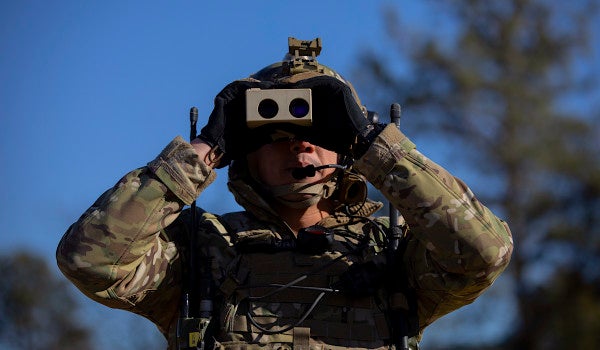 The U.S. Air Force is hopeful it could have its first female battlefield airman this spring.

In written testimony before the Senate Armed Services subcommittee on personnel, Lt. Gen. Brian Kelly, deputy chief of staff for manpower, personnel and services, said one woman is making her way through the grueling challenges of Tactical Air Control Party (TACP) training.

“Currently, we have one female in Tactical Air Control Party training with a potential graduation date later this spring,” he said.

“To date, 10 female airmen have entered into special warfare training, but none have yet to qualify and graduate,” Kelly added.

Attrition is high in this elite training pipeline, ranging between 40 and 90 percent across the specialties.

“Consequently, we do not foresee large numbers of females in operational units in the near term,” Kelly said.

Since the Defense Department opened combat career fields to women in December 2015, few female airmen have qualified for Air Force special warfare training. Some have self-eliminated or sustained an injury; others have not met the standards of a particular program.

Recently, a female candidate entered the pararescue (PJ) training pipeline, but was injured during the first week of training and had to drop out, Air Education and Training Command (AETC) officials told Military.com in January.

The woman is expected “to return at a later date to try again,” AETC spokeswoman Jennifer Gonzalez said last month.

“We are fully committed to the integration of women into combat positions, have increased targeted marketing to further attract female recruits,” Kelly said.

The service has placed a female cadre within these training units, he added.

The Air Force has had a tough time attracting candidates for special operations, particularly in the explosive ordnance disposal (EOD) and survival, evasion, resistance and escape (SERE) pipelines. Kelly said the service missed its recruiting goals for these specialties in three of the last four months.

“This past year, we established a new training group and new recruiting squadrons focused on critical warfighting career fields, such as special warfare airmen,” Kelly said.

Recruiters and mentors train the candidates in a step-by-step, streamlined program to get a better sense of what type of airmen are needed for the next dynamic conflict.

“The Air Force is committed to improving how we recruit and prepare airmen to succeed,” Kelly said.