The first female commander of the U.S. Air Force's Viper demonstration team has been relieved of command after only a couple of weeks on the job. 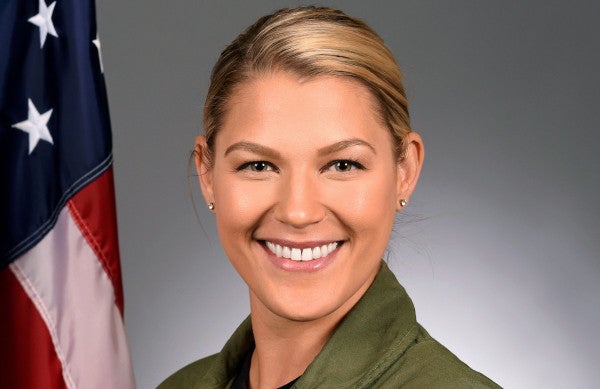 The first female commander of the U.S. Air Force's Viper demonstration team has been relieved of command after only a couple of weeks on the job.

“We have thousands of Airmen across our Air Force serving our country, and not one of them is perfect. As good people, like Capt. Kotnik, make mistakes, I want them to have the opportunity to learn from them without being under public scrutiny, and to continue to be a part of this great service,” he said in the post.

O'Malley continued, “In these types of situations, I never forget that we're dealing with real human beings, that I care deeply about, and that we are charged to take care of. This will be a difficult time for Capt. Kotnik, but she's surrounded by wingmen that will help her every step of the way. It was exciting to have the first female demo team pilot here at Shaw, but I'm also just as excited about the many other females that are serving with great distinction across our Air Force.”

Kotnik will no longer perform with the demo team “but will continue to serve in a non-supervisory role in the 20th Fighter Wing,” Staver said.

Kotnik, whose call sign is SiS, was recently profiled by the Air Force as its first female single-ship tactical demonstration pilot.

The service even likened Kotnik to the upcoming superhero flick “Captain Marvel,” in which actress Brie Larson plays an F-16 pilot.

Kotnik, of Poynette, Wisconsin, comes from an aviation-enthusiast family, according to Stars and Stripes.

She graduated from the Air Force Academy in 2011 and was selected for undergraduate pilot training, flying the T-6B Texan II and the T-38C Talon, according to her official Air Force biography.

After earning her wings in October 2013, she moved to Luke Air Force Base, Arizona, and learned to fly the F-16C Fighting Falcon.

Kotnik was the chief of training for the 55th Tactical Fighter Squadron at Shaw for three years before switching to the Viper team.

She flew missions in support of Operation Noble Eagle — the air defense operation following the Sept. 11 attacks — and has more than 1,000 flight hours in military aircraft, the Air Force said.